Being a Chinese American in China – What’s the Truth?

My name is Hannah, and I lived in Shanghai for about 6 months, studying Chinese with LTL!

While I’ve written lots of blog posts, this one is a little different, as it will be entirely about my experiences in Shanghai, specifically as a Chinese American.

I hope you find it interesting or even helpful, if you’re a Chinese American or overseas Chinese!

Chinese American in China – My Background

Chinese American in China – My Background

I was born in America, Wisconsin to be more exact, to Chinese parents.

My dad is from Hong Kong and my mom from Taipei. My dad speaks fluent Cantonese and Mandarin.

However, my mom came to the States when she was very young, so her English is much better than her Chinese, which she doesn’t really speak fluently anymore.

As a result, I grew up speaking only English. My parents never officially taught me or sent me to a Chinese school to learn.

Growing up, my home life was a mixture of both Chinese and American culture.

On Thanksgiving, we don’t have turkey, we have roast duck (kǎoyā, or 烤鸭).

Similar to Thanksgiving dinner, I was raised with an eclectic mix of American and Chinese cultural values.

To learn more about bāozi and cōng yóubǐng, check out this blog post on Veggie Street foods in China!

Living as a Veggie in China // Top 6 Vegetarian Street Foods

Worried about being a vegetarian in China? Don’t be, China is the giver of some of the best vegetarian street food there is. Check out our top 6.

To sum it all up, the main reason I came to Shanghai in the first place was to help find my roots and discover more about my ethnic identity. Having a mixed cultural background can sometimes make me feel like I don’t completely belong in either world.

But I often feel more American than Chinese, so I wanted to come to China to learn more about the language and culture. It’s important to me to keep my culture and heritage alive, and to pass it on.

However, being in China didn’t completely resolve the feeling of being part of two distinct cultures and not belonging entirely to either one.

When it comes to appearance, I certainly blend in here! But Chinese people find out very quickly that I’m not from China.

I think I’ve confused a lot of Chinese people! I’ve been asked if I’m Chinese, my ethnicity has been guessed at many times, and I’ve been asked why I can’t speak Chinese, since I look Chinese.

My response is always that I’m a 华裔 (huáyì), which is an ethnically Chinese person with a foreign nationality.

However, to be fair, I’ve been to Japan and South Korea, and people there also assume I can speak the native language! It’s a common issue for me wherever I go in East Asia.

One thing that can happen with foreigners is that Chinese people will sometimes openly take pictures of you and stare.

Especially if you look “foreign”, AKA not Asian.

Actually, in Shanghai, there aren’t many people who will do this. Shanghai is a very international city, so most people have seen foreigners many times. If someone does this in a big city like Shanghai, I would assume that they aren’t from Shanghai and aren’t used to seeing foreigners.

Since I don’t “look foreign”, this has only happened once.

I was at the Bund in Shanghai, a famous site-seeing spot along the Huangpu River (黄浦江). I was with my sister, also Chinese American, and two European friends, when were approached by an older Chinese person. First he wanted to just take a picture of my European friends, then one of us all together. After we talked to him, another Chinese person came and wanted to take pictures of my friends.

It was a strange experience, because that was the only time it happened to me, and it was only because I was with friends who didn’t look Asian.

It can be a little awkward when someone wants to take a picture of you, but you can always say no if it makes you uncomfortable!

Chinese people often look at me and assume I speak fluent Chinese (which I can’t, yet!).

Especially if I’m with a group of people, the Chinese person will first turn to me to try to communicate, instead of to someone who “looks foreign”, even though my Chinese may not be as good as my foreign friend’s.

These kinds of situations definitely make me feel the pressure!

When it comes to my Chinese level, I can speak better than I can listen.

Listening has always been a weakness for me, which can cause miscommunications! When I ask a question in Chinese, sometimes the other person thinks I can understand more than I actually do and goes off on a long string of Chinese that’s difficult for me to follow.

Then, I’m a little embarrassed when I have to ask for them to repeat themselves!

However, I’ve noticed that a lot of Chinese people are extremely encouraging about new learners!

Many people get excited for me when I speak and tell me that my Chinese is very good, despite my saying only a few brief words.

Once, I struck up a conversation in Chinese with some people in a park near my apartment. At the time, I was with my sister and another friend, who is very tall and foreign-looking. Over the course of the conversation, more and more park-goers gathered around us, interested in hearing foreigners speaking Chinese.

The people in the park were very nice and interested in why we had come to China to learn Chinese. However, they were very straightforward as well! They clearly told told us whose Chinese was best (spoiler alert: it wasn’t mine!) However, they also did their best to communicate with us and explain words and terms we didn’t understand.

Sometimes I’m told that Chinese comes easier and more naturally to me since I’m ethnically Chinese.

I’m actually not sure whether this is true or not, although I did grow up hearing Cantonese spoken by relatives on my dad’s side of the family.

I do know that learning Chinese requires a lot of work, whether or not it’s easy for me!

But personally, I think that anyone can learn to speak Chinese! While some people naturally pick up languages more easily than others, I don’t think it’s related to ethnicity.

However, I do believe languages are easier or more difficult based on your own native language.

As a native English speaker, Chinese is so completely different that it’s very difficult to learn, while Spanish shares many common features with English and is therefore a little easier.

So being part of both American and Chinese cultures isn’t always easy. However, coming to China has been a really wonderful experience. It’s helped me feel more balanced culturally.

Not only have I learned more Mandarin in my few months in China than in two years of college-level classes in America, being here gives me more opportunities to naturally converse with native speakers and learn about other aspects of Chinese culture, such as food, holidays, stories, and traditions.

Are you considering coming to China? What made you excited about learning Chinese? Let us know in the comments!

We also provide online Chinese classes — check them out! 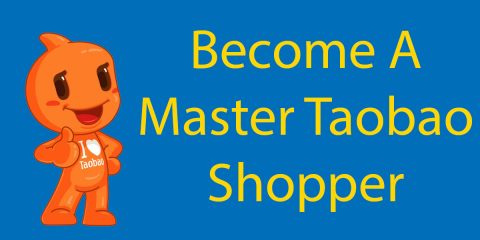 Previous Post How to Become a Master Táobǎo 淘宝 Shopper! 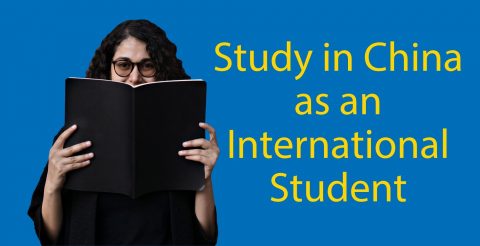