What is the Chinese Currency and how do you talk about it in Chinese?

And what are all those interesting places on the Chinese banknotes?

Look no further friends, our guide to Chinese money will take you through the answers to these questions, as well as giving you a whistle stop tour of some great places to visit in China.

Chinese Money | How to Talk About Chinese Currency

How to Talk About Chinese Currency

Firstly, talking about Chinese money can be a bit confusing. The official name for China’s currency is ‘Renminbi’ 人民币 (Rénmínbì), which literally translates into English as ‘The People’s Currency’. It is often abbreviated to RMB.

‘Yuan’ 元 (Yuán) is the unit of measurement for the RMB, but is also used to refer to the currency as a whole: Chinese Yuan.

This also has an abbreviation CNY, which is also used as the international code for the Chinese currency. The symbol for the Yuan is ¥.

To confuse us all further, in spoken Chinese ‘yuan’ is also called ‘kuài’ 块.

‘Kuai’ is a bit like saying ‘quid’, an informal way of saying pounds, except that ‘Kuai’ is used more commonly. ‘Yuan’ is used more rarely in casual conversations.

There are also smaller denominations of Chinese currency:

The People’s Bank of China introduced the Renminbi in December 1948.

Initially only bank notes were issued and they began to circulate in areas of Communist-controlled China.

This was just under a year before the establishment of the People’s Republic of China in October 1949.

The new government aimed to end the hyper-inflation that had been in a problem during the final years of the Republic of China.

The current series of Chinese banknotes is the fifth series of the renminbi; it has been progressively introduced from 1999.

Smaller note denominations of 5 and 1 jiao are also commonly circulated. The 2 jiao note can also be found rarely.

Chairman Mao is featured on all the modern yuan notes, in place of the various leaders which have featured earlier.

Additionally, each note has the words ‘People’s Bank of China’ written in mandarin on one side, as well as in the Uyghur, Tibetan, Mongolian and Zhuang languages on the reverse.

Nonetheless, these days seeing a Chinese note is not as common as you’d imagine, lots of people having converted to using online payment apps.

At the till, you’ll see people flash their phones quickly at the cashier, or hold up their phone to scan a QR code much more often than you’ll see someone reach for their wallet.

DID YOU KNOW – In some cases, smaller shops will refuse to accept your cash, though most places will just give you an eye roll as they search around for bits of change. Still, don’t worry — the majority of places in Shanghai accept cash no problem.

The two most popular payment apps are WeChat and Alipay. To set up these payment systems you usually have to connect your bank card to the account and verify your identity with your passport or Chinese ID.

Chinese bankcards can be used for both apps, and Alipay has started to accept some international cards too.

You can either perform a small transaction to transfer money to your WeChat and Alipay accounts, or if you don’t have enough money in your account balance, money will be taken directly from the card you connected.

WeChat has become particular popular for payment functions, such as the “split bill” option for group messages.

Not sure which one will be better for you? Then check out our WeChat vs Alipay blog!

Like your Crypto? Studying Chinese? You’ve stumbled across the perfect article. We teach you all the key words and coins for cryptocurrency in Chinese.

So next time that you do encounter cash in China, take a look and you’ll find that each of the Yuan notes feature a famous place or tourist attraction worthy of your attention:

100 Yuan | The Great Hall of the People, Tian’anmen Square, Beijing

Firstly, the 100 RMB bill. Built in 1959 as one of the ‘Ten Great Constructions’ for the 10th anniversary of the PRC, the Great Hall of the People is China’s political hub.

Construction of the building took just 10 months to complete.

Although not on the list of many tourists coming to Beijing, The Great Hall of the People’s location in the West side of Tian’anmen Square means that most people visiting Beijing will get a glimpse of the building, even if they don’t know what it is.

The hall used for China’s parliamentary meetings along with other legislative and ceremonial activities.

The building itself is covers an area larger than the Forbidden City, making it one of the largest hall structures in the world.

Though the hall is closed during national conferences or other large-scale political events, the public are allowed access for just 30CNY. Remember to bring your passport for entry to the building.

Secondly, the 50 Yuan billion! The Potala Palace was once home to the Dalai Lama and is now one of the must visit museums and world heritage sites in Tibet.

It was originally built in 1645 at an altitude of 3,700m, and is rumoured to have been built on the site over an ancient palace.

Make sure you’re ready for the climb! There are 432 steps to reach the top at the Potala Palace.

The Putuo Zoncheng temple, located in Chengde and built between 1767 and 1771, was modelled after the Potala Palace and is also a UNESCO World Heritage Site.

So if you’re coming to China for a brief visit or don’t have time to make it all the way to Tibet, why not explore Chengde, just a few hours North of Beijing.

The Li River featured on the 20 yuan note is a scene taken from the 83 km which flow from Guilin to Yangshui in Guangxi province.

This stretch of river is famous for its karst mountain scenery; it’s well known as one of the most beautiful places in China, attracting thousands of visitors each year.

Interestingly, the Li River was featured in National Geographic as one of the world’s top ten watery wonders.

The specific scene on the 20 Yuan note is a view of fisherman on a bamboo raft floating down river, much like the raft in the photo to the left, very close to the small town of Xingping.

If you’re feeling adventurous you can have a go on a raft yourself on your visit.

The scene featured on the 10 Yuan note is one of the most famous views of the Yangzte River. The shot is taken along the Three Gorges (Qutang Gorge, Wu Gorge and Xiling Gorge) section of the river.

The Kui Gate is the upstream entrance of the Qutang Gorge, the most Westerly of the three.

The Kui Gate is also known as Qutang Pass or ‘the door of the Three Gorges’. There are sheer cliffs on both sides of the river at this point.

The river flows into the Three Gorges via this gate all the way from its basin in Sichuan.

The best way to see the scenery of the 3 gorges is to take Yangzte river cruise either from Yichang or Chongqing.

Tai Shan (or Mount Tai) is one of the five Daoist sacred mountains in China.

Located just north of Tai’an city in central Shandong province, Tai Shan is the most climbed mountain in China.

Many visitors climb Tai Shan in the middle of the night so that they can catch a glimpse of the famous sunrise over the sea of clouds.

The mountain has a long history of inspiring Chinese artists as well as scholars.

It has been an object of worship for thousands of years, since even before the famous Qinshi Huangdi was said to have paid tribute to the mountain, telling the gods of his victory in unifying China.

TOP TIP | Confucius’ home town Qufu, only 70km from Taishan, is also well worth a visit!

Lastly, Three Ponds Mirroring the Moon, the scene featured on the 1 Yuan note, is one of the “10 Scenic Spots” around Hangzhou’s West Lake.

The spot is located in the centre of West Lake and can be accessed by one of the many small ferries, which take tourists to different points on and around the lake.

Three Ponds Mirroring the Moon gets its name from a particular practise which takes place during China’s Mid-Autumn festival.

On this night, when the moon is at its brightest, a candle is lit inside each of the pagodas.

The light from the moon and each of the small windows in the pagodas cast their refections on the water.

West Lake is another very famous tourist attraction in China. It certainly has inspired countless mentions in traditional Chinese poetry and literature throughout the centuries.

We also offer online Chinese classes tailored exactly to you. Check them out! 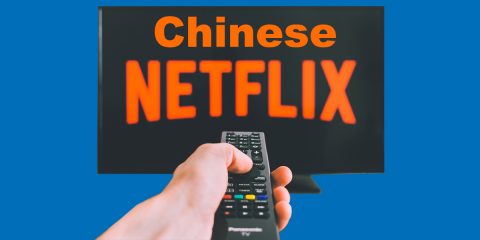 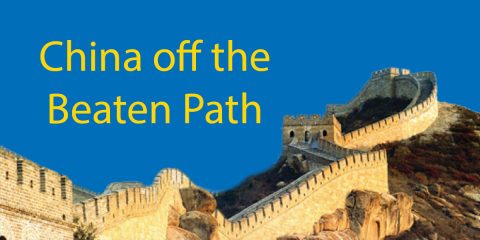 Next Post A Guide on How to Travel to Xinjiang