Chinese Gaming 🎮 Who Knew Learning Chinese Could Be So Much Fun

Are you Learning Chinese and enjoy playing video games?

Have you considered combining these two passions?

Chinese gaming might be the way to really enhance your Chinese skills.

We’ve got a list of games below that you might find useful to help improve your Chinese, along with some key vocab.

#1 – Age of Empires in Chinese

#6 – Rise of the Tomb Raider in Chinese

There are several benefits of video games such as improving co-ordination, problem-solving, memory and multi-tasking.

Maybe you can add one more benefit to that list. Speaking mandarin!

There is no reason your enjoyment for video games can’t be harnessed to enhance your Chinese abilities through Chinese gaming.

If you’re looking for some story-driven adventures that will keep you entertained plus be testing your Chinese listening skills and Chinese reading skills.

Look no further than this list we’ve put together of the top 10 PC games to enhance your Chinese listening skills:

#1 Age of Empires 2 in Chinese

An oldie but a goldie.

Build your empire, destroy your enemies, learn the characters for wood, stone, gold and food.

If you’re a child of the 90’s this should be your number one choice for Chinese gaming; thrilling adventures and a fun way to learn Chinese for free!

You might find some similarities to these 100 common Chinese Characters

Trying to learn directions in Chinese?

This game is perfect for you. You’ll have to listen carefully to your GPS system giving you directions in Mandarin.

All the while you’ll be delivering packages all across the United States.

Want to learn golf in Chinese?

You’ll be able to really impress your Chinese colleagues with your Chinese golf terminology after playing RV golf in Chinese.

Chinese words and Chinese phrases you should know for playing golf are as follows:

Got a high stakes poker game in the hutong‘s this Friday night?

You’ll know how to raise, fold and lose all your money in no time!

Want to learn Chinese Characters while being scared half to death?

Perfect we’ve got the game for you.

There’s no audio in the game, it’s all text based so you’ll have to keep a Chinese character dictionary or dictionary app close.

DID YOU KNOW – Detention is a horror game set in 1960s Taiwan under martial law.

It incorporated religious elements based in Taiwanese/Chinese culture and mythology.

#6 Rise Of The Tomb Raider in Chinese

Join Lara’s Journey in Mandarin in this action-packed game.

Like Lara Croft? Maybe you’ll enjoy reading our blog on Superheroes in Chinese.

#7 Rage In Peace In Chinese

In this game, you are Timmy a short cartoon character just trying to get through his day without getting his head cut off…

Yes, you read that correctly.

The controls are simple enough but there’s no audio, all text.

You’ll have to read in Chinese if you wish to keep up with the storyline.

It’s like playing fantasy football but you get to learn football vocabulary in Chinese at the same time.

Manage all your favourite players like Cristiano Ronaldo and Lionel Messi in an unstoppable team while learning all about football in Chinese.

Farm Manager is a real-time strategy game, ideal for your Chinese gaming needs.

You’ll be designing the layout of your farm, deciding what equipment to buy, what crops to grow and learning how to read Chinese characters at the same time!

This game has great graphics and can be played at your own pace.

You’ll have all the animals in Chinese and plants in Chinese mastered after playing this game.

The classic game of who done it?

While you’re wrapped up in the murder mystery you’ll incidentally be learning the names of rooms in Chinese and how to say “Colonel Mustard with the dagger”.

So now we’ve picked up some new games, how about we learn some more vocab related to gaming in Chinese?

Chinese Gaming – Words and Characters You Must Learn!

If you grew up during the 90’s and enjoyed video games, you were likely under the same influence as yours truly when you got your first Nintendo Entertainment System (红白机 hóngbáijī, lit. Red and White Machine).

Ever since then Nintendo (任天堂 rèntiāntáng) has remained a powerhouse with a plethora of famous video games, which are both family-friendly and memorable, due to their unique characters and storylines.

Many years later, I still find myself drooling over new games of the various series and the combination of all of them in the massively popular fighting game, Super Smash Bros (任天堂明星大乱斗 rèntiāntáng míngxīng dàluàndòu, lit. Nintendo Star Brawl), which enjoys a following even here in China!

Super Mario Bros recounts the tale of the Italian plumber brothers Mario (马里奥 mǎlǐ’ào) and Luigi (路易基 lùyìjī), who go down pipes and through tunnels to save Mario’s beloved one, Princess Peach (碧琪公主 bìqí gōngzhǔ), from the clutches of the evil tortoise-like Bowser (库巴 kùbā, lit. Koopa).

Each time they reach a new castle and the end of the level, a friendly mushroom-like Toad (奇诺比奥 qínuòbǐào, lit. Kinopio) apologizes to them and says that Peach is in another castle.

In the Legend of Zelda, the main hero Link (林克 línkè) travels the lands in search for yet another princess, Zelda (塞尔达 sāiěrdá), and battles the evil warlord Ganondorf (加农 jiānóng).

He has to solve various puzzles, play various musical instruments and sometimes even turn into a wolf to accomplish his goals.

Harry Potter in Chinese 🧙🏻‍♂️ How to Talk About Your Favourite Wizard

Why not learn how to talk about Harry Potter in Chinese? Give yourself a head start with our extensive guide.

Donkey Kong is among the first games created by Nintendo, and features the gorilla character Donkey Kong as the antagonist.

He is in charge of hindering the main player, Jumpman (跳跃人 tiàoyuè rén), later renamed to Mario), from getting to his girlfriend Pauline (保琳 bǎolín), by throwing barrels and fireballs at him.

Metroid is a science-fiction action game, where the protagonist female bounty hunter Samus Aran (萨姆丝 阿兰 sàmǔsī ālán) has to run through various missions, protecting the galaxy from Space Pirates (宇宙海盗 yǔzhòu hǎidào) and their plans for world domination.

She travels through many caverns of various planets in her quest to destroy the cybernetic lifeform Mother Brain (母脑 mǔnǎo).

There it is, your complete guide to Chinese Gaming and combining your two favourite things!

Discover what your favourite Pokémon are called in Chinese so you can combine playing Pokémon with learning Chinese by switching the game language!

How about stepping away from video games and play some old fashioned board games in Chinese instead?

Did you know that there is a Chinese version of Monopoly? A fun and alternative way to practice Chinese, learn all the vocab you need here!

We even offer online Chinese classes tailored exactly to you — check them out!

moved to Beijing in 2016 to become an English teacher. Today he works in the Marketing team for LTL Mandarin School. He loves travel, videography and coffee. 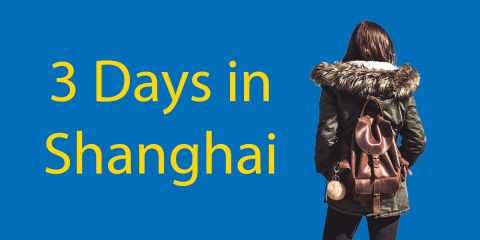 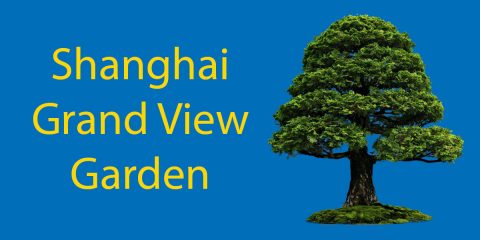