Intimidated and confused when it comes to reading and understanding Chinese Names? No idea where to start?

Within 10 minutes you’ll be able to:

Chapter 2 – Chinese Names – What do they Mean?

Chapter 3 – Changing your Name after Marriage

Chapter 4 – How to Pick Your Chinese Name

Chinese names are unique, and sometimes a little odd sounding to a foreigner.

This is why Chinese people often have both a Chinese name and an English name. They will choose their English name themselves, or have it chosen for them at school.

Choosing your own name? Sounds like fun, right? See below for tips on how you can choose your own Chinese name for when you come to China!

Or even better, use our Chinese name generator to find our your own name right now! Our generator only works for one name at a time. Please write only ONE NAME at a time.

When you first see a Chinese name, it’s very easy to glance at Chinese and think…

“that’s way too complex for me”

We’ve put a handy guide together to help you with understanding Chinese names, and how to understand their meaning.

Most expats in China struggle to memorise Chinese names. I struggle with remembering English names, too, but that’s a separate issue.

They are too long and complex to pronounce. In Hollywood movies, we see and hear of actors with names like Jackie Chan and Jet Lee.

Their names are pretty and easy to remember.

Jackie Chan is not his real Chinese Name?! Nope

Jack Ma (for those of you who don’t know) is the co-founder and executive chairman of the Alibaba Group.

Usually, I would ask a local Chinese person if they have an English (international) name. Some do and some don’t!

It has become more popular in recent times for Chinese people to keep their Chinese names – and foreigners just have to deal with trying to remember them. I mean, that’s pretty fair to be honest.

Especially since Chinese names carry such importance and weight in their meanings.

Children are named after attributes like fire, or qualities such as loyalty, instead of the nicest sounding name.

Chinese names are in fact, as long and esteemed as Chinese Culture itself. Naming in China is a serious and time-consuming process, just as in every country.

But only in China and some other Asian countries, there is a Name Culture.

Let’s try to figure it out…

First of all, when Chinese people say their name, first they say the Family name, then Given name so if we take Jackie Chan (Chéng Lóng) as an example – Cheng is his last name, Long is given a name.

Basically flip your name backwards and you have the structure of a Chinese name.

You carry your Family name proudly and pass it to next generations. The family name usually consists of one (or rarely two/three) characters and the given name is usually two characters.

Family names have been in Chinese culture way before our era, but back then only privileged people had a family name. Common people did not.

It was only many years later that all Chinese people had family names. Much like many popular English names such as Smith, family names would have been issued according to their occupation.

In China, it is common that the way people will address you will change throughout your life. At birth, parents give a child a name and “little name” (小名). This “little name” is usually used in early childhood.

When a child enrols at school, he or she is given “school name” (学名). After graduation from school, everyone can call you your given name or “big name” (大名/名). In addition, it is popular to use aliases (号).

2. Chinese Names – What Do They Mean?

Chinese names always have meanings and its always something good and pleasant. Girl’s names normally have a Chinese name that relates to beauty, flowers, or pureness. Boys Chinese names are usually connected with power and bravery.

However, a long time ago it was believed that giving your child a name with a bad meaning could hold off evil spirits.

This lead to some interesting name choices:

Another interesting tradition includes parents going to visit a witch or seer upon the birth of the baby. Here, they would ask the seer or witch what kind of destiny is intended for their child.

If there was a risk of some kind of threat to the child’s life or health, parents gave the name with the opposite meaning of the threat.

If the child’s destiny said that the child will suffer from fire, the child would be given a name connected with water.

The tradition of giving a “little name” is still popular nowadays and using an alias is very popular among celebrities. The “little name” usually sounds like their given name, just a little bit modified.

For example, if the child’s full name is Ma Yang, the little name will be Yang-Yang.

Changing the last name after marriage is common practice all over the world.

Except for in China.

What do they do instead?

Sometimes, girls keep their original Family name, or they can combine it with their husband’s Family name.

The children have to take fathers’ family name regardless.

This is largely due to the importance held on Chinese names since they can tell us a lot about the person.

For example, the given name and family name can also give the information about a person’s origin a long time ago.

The name Huang Helou (黄鹤楼) is a feminine name given after one famous tower called Yellow Crane in Wuhan, a city in Hubei province.

Interesting fact: in the whole of China, 85% of the population share the same 100 last names

And there is one last name in China that consists of 9 characters.

Chinese people value their names and family names very much.

A good example of Chinese people expressing the important of ‘name culture’ happened at Columbia University in New York, the USA.

Young people from China spoke out against xenophobia towards their original names and created a video that was spread all over the internet.

Chinese culture is one of the oldest and richest in the world and naming is a part of it as in every Chinese person’s life their name carry the part of their National Culture.

Choose a name that sounds similar to yours.

This doesn’t work for all names, and make sure to check with your Chinese friends or teacher before settling with a character purely based on the sound!

Choose one of the name translations.

There are many standard name translations in Chinese for typical English names. For example, Amy is usually 艾美 ài měi, and David is usually 大卫 dà wèi.

Pick yourself a common Chinese name!

Here are the most common Chinese names in China.

Pick some characters you like, or you can write (!)

It’s important that you can at least read your name, but better if you can write it too! Don’t pick characters that are too difficult.

Ask your Chinese friend or teacher.

The least fun, but the most fool-proof method when choosing your Chinese name.

So there we have it, your complete guide to Chinese names!

Do you have a Chinese name? If so, tell us below. Or do you want us to help you with your very first Chinese name?

If you are keen on coming to China we recommend you check this video out. Mr LTL himself, Andreas, our founder, tells you the best places to learn Chinese in China (in his humble opinion)

Like learning about how names differ in the east and west?

What about a quick lesson in Vietnamese names too? There’s some fascinating insights to discover!

An introduction to all 214 Chinese radicals and what they mean. With FREE PDF, quiz, video and radical poster available to download!

Learn 71 of the most commonly used measure words, with a FREE PDF, quiz, audio and measure word poster available to download!

moved to Beijing in 2017 to become LTL's Marketing Manager. Max is an avid football and poker enthusiast whose favourite Chinese food is 北京烤鸭 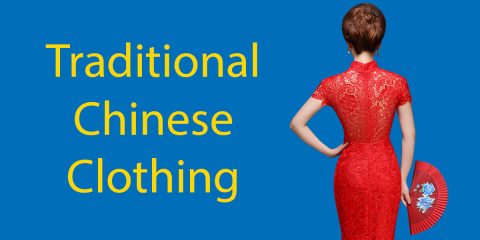 Chinese Dessert Soups to Get You Through the Winter Months 🍲