Chinese Punctuation 🤔 How To Use the 12 Most Common

That’s why we’re going to introduce you to the 12 most common Chinese punctuation marks and how they are used.

Quite a few punctuation marks are used very similarly to those in the West, even if some of them look different. So learning how to use them is actually pretty simple!

Chinese punctuation can be grouped into punctuation marks which are basically the same as those used in the West and those that differ or are unique to Chinese.

Here are seven of the most common punctuation marks which are different in Chinese compared to the West, or have a specific Chinese usage.

Along with those, there are five common punctuation marks which function in basically the same way as the West.

In Chinese a full stop (句号 jùhào) has the same function as it does in the West, however the shape is a bit different.

Rather than just a small dot a Chinese full stop is a full-width small circle which takes up the space of one Chinese character.

Like in the West full stops are used at the end of simple, complex or shortened sentences.

A comma (逗号 dòuhào) in Chinese is used to show pauses in a sentence or to separate clauses within a sentence, the same as it is in the West.

However, there is one important difference which is that commas can not be used for enumerating a list.

(There is a specific type of comma for this, see the next punctuation point.)

As we’ve already mentioned in Chinese you can’t use a normal comma when listing things in a sentence.

Instead there is a specific punctuation mark for this which is called the enumeration comma (顿号 dùnhào).

The enumeration comma is a short dash going from top left to bottom right. It is used to separate words constituting a list.

The listed items are usually in the same category, but not always.

In simplified Chinese the same quotation marks (引号 yǐnhào) are used as those in English. When text is quoted within a quote it is shown like this: “… ‘…’ …”.

However, in traditional Chinese square brackets are used instead, which look like this: 「 」.

If text is then quoted within a quote then it appear like this: 「…『…』…」.

In Chinese quote marks can be used to show a quote, the name or title of something and to emphasize or to express satire (like air quotes in English).

Title mark (书名号 shūmínghào) literally translates to “book name mark” so it should come as no surprise that it is used to indicate the names of books, films, songs, articles, magazines etc.

The marks《》are full-width double angle brackets and they are placed on the outside of titles. If another title is referenced within a title then <> is used.

An ellipsis (省略号 shěnglüèhào) or known informally as “dot-dot-dot” has the same usage in Chinese punctuation as it does in English.

It is used to either show that something has been intentionally omitted or can be used to show a pause, hesitation or trailing off.

But the key difference with the Chinese ellipsis is that it has six dots, rather than the three used in English. This takes up the same space as two Chinese characters.

In Chinese a middle dot (间隔号 jiàngéhào) is used between foreign or minority names.

The dot is placed between first, middle and last names to indicate their separation.

You’ll most often see this used for foreign celebrities or foreign fictional characters that have had their names transliterated.

The following five Chinese punctuation marks have basically the same usage as they do in the West.

In Chinese, question marks, exclamation marks, colons, semicolons and brackets can simply be used in the same way that you would in English.

Now that we have looked at the 12 most common Chinese punctuation marks, why not put yourself to the test?

Take the quiz below to see if you can remember the Chinese names for all the punctuation marks we’ve looked at! 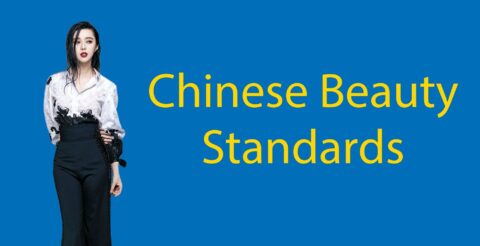 Previous Post Chinese Beauty Standards (in 2022) vs The West 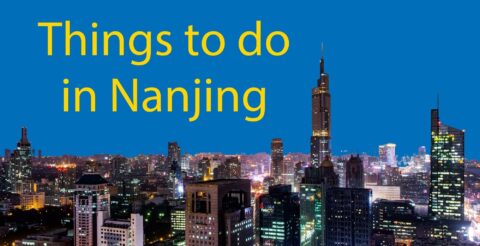 Next Post Things To Do In Nanjing // Weekend Away From Shanghai