Do you look at a Chinese character and have no idea how you should start writing it? Then this guide is for you!

Check out this video of our teacher Alwin taking you through the basics of Chinese stroke order 👇.

You might be thinking that well with technology today, how important is it really to know the correct Chinese stroke order?

Well if you plan on being able to write, clear legible Chinese characters that can be understood by others then the answer is very important.

Incorrectly joining up strokes or writing a character in the wrong order can lead to unintelligible handwriting with the proportions all wrong.

Of course, learning correct Chinese stroke order isn’t going to mean you immediately have perfect handwriting, however it does help a lot and means that even if it isn’t that neat your teacher should still be able to understand it.

This also isn’t just about trying to master neat handwriting. Did you know that apps like Pleco pay close attention to stroke order if you want to search for a character by writing it?

Yes, if you’ve ever written what you consider to be a perfect character into Pleco yet can’t find the correct character suggestion the reason is probably because your stroke order was wrong!

Check out the two GIFs on the side to see how important the stroke order is even for a simple character like 文 (wén).

And it’s not just apps that will rely on stroke order to often recognise characters, many Chinese people do it too.

Another reason learning stoke order is important is because it can really help you understand Chinese characters better. Knowing the correct order a character should be written makes it easier to break the character down into different components, such as identifying what the radical in a character is.

Learning Chinese stroke order will also really help you memorise characters better. If you’re just typing a character into a computer or phone using pinyin you’re not really learning the character in the same way as writing it out.

When it comes to Chinese stroke order there are some key rules that you can apply to make sure you’re doing it correctly. There are two general foundation rules which are: top to bottom and left to right.

However, with more complicated characters this can be confusing to figure out and there are also other rules which can apply so let’s have a look at eleven key rules to help you master Chinese stroke order!

This rule also applies to more complicated characters that are “stacked” such as 茶 (chá).

The second foundation rule we have for you is that characters should be written left to right. Many Chinese characters are made up of two or three components, so each of these should be finished before moving on to the next one.

When writing each component also remember that the top to bottom rule also applies. Some examples are 你 (nǐ), 谢 (xiè), 做 (zuò), you should be able to see how these characters can be broken down into separate parts.

Here are some straight forward examples of this 人 (rén), 八, (bā), 六 (liù) where the characters can also be shown to follow the usual left to right rule. However, there are a few characters where this is less clear and you need to remember that the left sloping stroke must come before the right-downward stroke such as 父 (fù), 文 (wén).

The Framing strokes of characters such as characters that are enclosed by the 囗 (wéi) radical are drawn first, apart from the closing stroke (more about that in the next rule).

Basically you want to write the outside of the stroke before you write the contents inside, here are a few examples:  间 (jiān), 回 (huí), 日 (rì), 月 (yuè).

As we just saw the frame of a character is written first, however if there is a bottom horizontal stroke then this is always written last.

This means that the contents of the enclosure come before the last stroke of the ensclosure. Some examples of this are 因 (yīn), 国 (guó), 目 (mù) and 园 (yuán).

Similar to the Chinese stroke order rule of how the box or enclosure is closed at the bottom last, bottom “enclosures” also come last such as 远 (yuǎn), 脑 (nǎo) and 延 (yán).

When there is a vertical stroke that cuts through many other strokes it is generally the finishing stroke. One of the most obvious examples is 中 (zhōng) where the 口 (kǒu) is written first and then the vertical stroke is written last.

In vertically symmetrical characters the centre goes before the outside

Contrary to the left to right rule, if a character is vertically symmetrical then the centre should be drawn first, think of 小 (xiǎo) or 永 (yǒng).

A character that follows this rule that you should also look out for is 承 (chéng), here although there is a stroke that cuts through vertical lines it doesn’t follow our previous rule, and the 了 in the middle is drawn first.

Following the top to bottom, left to right rules is makes sense that upper-left and upper-centre dots should be drawn first. A few examples are: 六 (liù), 文 (wén), 请 (qǐng), 间 (jiān) and 弟 (dì).

Upper-right and inside dots come last

But there are a few characters where this doesn’t apply which is when there are two dots (they normally actually look more like dashes than dots) on the top such as 弟 (dì) and 兰 (lán).

As well as Chinese stroke order it’s also good to know some of the basic Chinese strokes along with the direction in which the stroke should be written. As we mentioned earlier this will help you a lot when trying to use a written input method like on Pleco to look up a character.

There are eight basic strokes when it comes to Chinese characters and you can see the names of them all below:

In the graphic below you can also see what the stokes look like as well as the direction that they should be written in.

As you can see from the graphic above with the two hook variations there are many more strokes you can learn. However knowing the basic eight set a strong foundation for learning Chinese stroke order.

There is actually one character that contains all eight basic strokes which is 永 (yǒng).

Copying this character and making sure to follow the correct directions of the strokes is a great way to practice your Chinese handwriting. Once you become familiar with the right direction this will make writing much easier and faster.

There are absolutely loads of apps and websites that you can use to learn Chinese stroke order so we’ve just picked out our top five favourites:

Number one on our list has to be Skritter which is one of the best apps out there for learning Chinese characters. Using Skritter the rules of Chinese stroke order will become like second nature to you.

The writing practice feature enables you to write characters with your finger following prompts (as you progress these prompts will disappear).

Skritter is also great as it uses Spaced Repetition Software which is the most effective way to learn Chinese characters and make sure they stay in your memory long-term.

Skritter is a paid for app, with a number of monthly subscriptions available, they also offer a 7 day free trial so you can try it out and see if you want to make the commitment to pay for it or not.

A must have for any Chinese learner the free dictionary app Pleco enables you to look up the stroke order for characters.

On the standard free version of Pleco you can look up the stroke order for any basic Chinese characters, however for more complicated ones you’ll need to get the paid add-on for all stroke order animations.

Originally an online only dictionary Line Dictionary have now also launched a free app. Both on the website and on the app characters can be looked up and a step by step stroke order guide will display.

You can then also click to see a helpful animation of the stroke order as well.

This website has many great features for Chinese learners. Here not only can you look up any Chinese character and get an animation of the stroke order but you can also print customised practice worksheets.

And to top it all off the website is completely free!

Similar to Chinese Converter this website gives you free access to stroke order animations for ALL Chinese characters. It also has printable worksheets, although they are not as highly customisable as those on Chinese Converter.

Want to find out even more about writing Chinese characters? Then have a look at our beginner’s guide to Chinese calligraphy.

Learn more about the basics of Chinese characters with this blog about Chinese radicals.

The complete guide to Chinese punctuation and how it differs from Western punctuation. 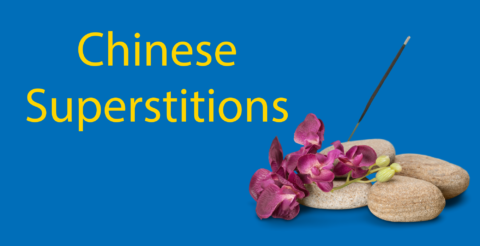 Previous Post Chinese Superstitions // How Many Do You Know? 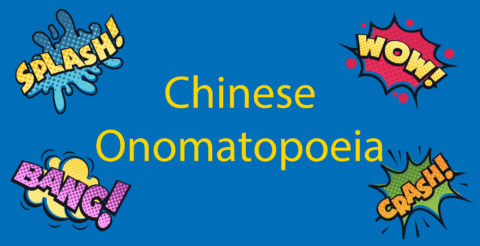