The Mid-Autumn Festival or Zhong Qiu Jie (中秋节) is one of the most commonly celebrated traditional holidays in China.

Most people know about the tradition of eating moon cakes (月饼) on this holiday, some people even refer to it as Moon Cake Festival by association; but as with most traditional holidays, there is a lot more than what meets the taste buds.

Things to Do in Shanghai During Mid-Autumn Festival

Mid-Autumn Festival has also been celebrated by its neighbours, Korea, Vietnam, and Japan for centuries.

On the lunar calendar, the holiday falls on the 15th day of the 8th month, right in the middle of the fall season, hence the name Mid-Autumn.

The Mid-Autumn Festival is said to have originated from the Tang Dynasty over a thousand years ago and was popularized in the Song Dynasty.

By Ming and Qing Dynasties, it was already a widely celebrated holiday across China. Even to this day, it’s still celebrated by all and recognized globally as an indispensable part of Chinese culture.

Over the years, the Chinese people came up with new ways to celebrate the holiday, and as a result each region now has adapted their own customs. For example, the people of Hong Kong celebrate with dazzling performance of the Fire Dragon Dance, along with drums and a ton of incense, on the streets of Hong Kong.

Despite the varying customs, the three main fundamental concepts of the festival are the same: giving thanks for the harvest, celebrate the reunion of family, and praying for things such as longevity and good fortune.

There are many legends about the Mid-autumn festival in Chinese mythology. The most popular one involves Houyi (后羿) the archer and his beautiful wife Chang’e. Legend has it that a very long time ago, ten suns suddenly appeared in the sky. They scorched the earth with intense heat causing it to give out smoke and the people could no longer live under such condition.

Houyi was a man of Herculean strength and he was determined to save the people from their sufferings. So he climbed to the top of the Kunlun Mountain (昆仑山), took his stance, drew and loaded his bowstring and took his aim. Swiftly and with incredible precision, he shot down nine of the ten suns. Finally, he said to the last remaining sun in the sky…

“Starting from today, you will rise and set on time, and do good for the people.”

Houyi saved the people from their sufferings and this earned him respect and admiration from the people. Many young men wanted to become his apprentice. Feng Meng (逢蒙) was among that group of people. He’s sly and greedy and he became Houyi’s apprentice along with other men.

Houyi is married to a beautiful and kind woman named Chang’e (嫦娥). She is empathetic to the sufferings of her fellow townsmen and often help out the poor. She was very well-liked.

The Holy Goddess of the West (西王母) of Kunlun Mountain (昆仑山) rewarded Houyi an elixir of life. Rumour has it that if a mortal takes this elixir, he would not only live forever, but also rise to heaven and become a deity. However, Houyi did not want to be separated from his wife Chang’e, so he asked her to hide the elixir inside her treasure box.

Feng Meng somehow learned about the elixir of life and wanted to steal it for himself. On the morning of the 15th of the 8th month, Houyi left early with his apprentices. Feng Meng feigned sickness and stayed behind. Come the evening, sword in hand, he broke into Houyi’s house eagerly, and threatened Chang’e to hand him the elixir.

Chang’e refused to comply and out of desperation took the elixir herself.

Almost instantly, her body began to float. She floated out of the window and out to the countryside. Her body rose higher and higher. A bright moon hung in the deep dark sky, and Chang’e floated toward it.

When Houyi returned and couldn’t find his wife. He rushed outside anxiously. He saw the moon sitting high up in the sky. A moon that is large and round, inside of which he sees the shadow of a tree and a rabbit hopping under the tree. And he found his wife next to the tree, gazing at him lovingly! “Chang’e! Chang’e!” he called out. He ran towards the moon in hopes of getting to his wife, but it was to no avail.

The townsmen missed Chang’e and her kindness, and displayed her favorite snacks in their yards, sending her their prayers across the distance. Ever since then, every 15th day of the 8th month of the year became the day people wish for reunion and eventually became what we know as the Mid-Autumn Festival today.

Things to Do in Shanghai During Mid-Autumn Festival

By this point, you probably understand that the moon is a re-occurring symbol of the Mid-Autumn Festival. In fact, it’s been the object of interest for many Chinese poets. What makes it fascinating is not only its mystery, but also what it symbolizes to the Chinese people: family and reunion. Therefore, it’s not unusual for the Chinese people to sit in their backyard, balcony or even go out for a walk in the evening on the day of the festival to simply appreciate the moon.

Below are some spots in Shanghai to see the moon in all its glory.

Not only will you enjoy the stunning skyline of Shanghai at the Bund, you can also enjoy a full bright moon with the skyscrapers as backdrop.

Hop on the elevators of any of the popular skyscrapers in Lujiazui to get a closer view of the beauty of the moon.

If you prefer to enjoy the moon in a classic Chinese-style garden, head to Yu Garden where you can find pagodas and bridges that will transport you to a different era.

Maybe spending the holiday in the city isn’t your cup of tea and you prefer a getaway?

Chongming Island is only a little over two-hour drive from the city, and you will find an abundance of nature and peace which you rarely find in the city centre of Shanghai.

Speaking of nature, if you enjoy hiking you might want to consider She Mountain (sometimes also referred to as Sheshan Mountain). You will surely appreciate the fresh air and not to mention the amazing view.

There are plenty of things to do in Shanghai for Chinese New Year. A definite must is the Yu Garden Lantern Festival, or one of the many temple fairs.

Now that you’ve learned the history and the legend of the Mid-Autumn festival, and fun facts to show off to your friends, you are ready to make the most of this year’s Mid-Autumn festival. If there is one thing to remember about this special holiday, is that it’s all about reunion and appreciation for family and the people in our lives.

In a sense, it’s similar to the Thanksgiving holiday in the U. S. Besides from enjoying delicious moon cakes, don’t forget to give your family a call if you are spending the holiday abroad and be grateful for the people we have in our lives.

Learn about other Chinese Festivals:

Find out everything there is to know about Chinese New Year and how different families from across China celebrate it.

Another national holiday Tomb Sweeping Festival is also known as Qing Ming Festival 清明节 (qīngmíng jié). Learn about what it is and how it is celebrated.

WANT A FREE CHINESE CLASS? Sign up for your free trial now! 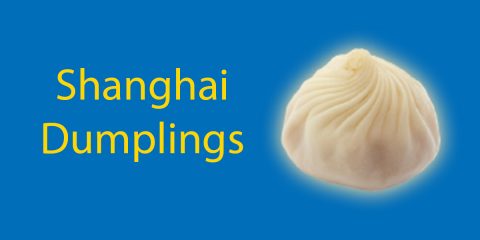