Want a great list of Shanghai books to delve into? We’ve got some five-star choices here for you!

I don’t know about you, but one of my absolute favourite things to do during the winter time is to curl up with a holiday themed blanket, a cup of hot chocolate (with extra whipped cream), and a good book on a cold winter night.

This is the perfect time of the year to catch up on some reading; especially if you’re just a few books short to reaching this year’s reading goal.

Whether you are staying in Shanghai for the holidays or spending it abroad, here are 5 books that sets in Shanghai to add to your holiday reading list.

Shanghai Book #2 – Empire of the Sun

QUICK LESSON BEFORE WE START – Book in Chinese is 书 shū.

You know a book is popular when you see it in every bookstore you visit.

That’s how I came across Shanghai Girls.

The book is set in 1937 Shanghai, when the city is at the peak of its glamour and wealth.

Pearl Chin and her sister May live a comfortable and carefree life provided by their wealthy parents.

Their lives turn upside down when their father gambles all his money away and has to sell them as brides to suitors from the US.

They set off to California as Shanghai comes under the attack of the Japanese soldiers.

They soon find themselves in an unfamiliar land with strangers whom they just married, and an environment that is unwelcoming and hostile.

If you liked The Joy Luck Club by Amy Tan, then you will definitely enjoy this book. You can find an excerpt of the book here.

Harry Potter in Chinese 🧙🏻‍♂️ How to Talk About Your Favourite Wizard

Why not learn how to talk about Harry Potter in Chinese? Give yourself a head start with our extensive guide.

Shanghai Book #2 : Empire of the Sun

This book is set in Shanghai during the Second World War.

Many are familiar with its film adaptation by Steven Spielberg, which was nominated for six Oscars and won three British Academy Awards.

The book tells the struggles for survival of an eleven-year-old British boy Jim in a war-torn Shanghai after the Pearl Harbor attack in 1941.

Jim separates from his parents when chaos broke out in Shanghai.

After scrambling to survive on his own, he eventually surrenders to the Imperial Japanese Army. Then he receives the chance to intern at Lunghua Civilian Assembly Center.

The book follows the live of Jim in Shanghai as the war continues.

If war stories is your cup of tea, then you will find this award-winning novel unable to put down.

Death of a Red Heroine is the first of an eleven-book series of Inspector Chen Cao, a poetry-loving and corruption-fighting cop.

The story opens with the death of Guang Hongying, a model communist party member and a public figure.

Inspector Chen Cao of the Shanghai Special Cases Bureau sets out to investigate her death and soon discover the involvement of high-ranking political figures.

He realizes that he will have to risk his job, and even his life if he wants to solve this case.

The author Qiu Xiao Long intends to explore the old-socialist and new capitalist tension in China in the early 1990s through this novel.

In fact, he explores the political, economic, and social environments and changes in China in all of the novels in the series.

The Inspector Chen Cao book series is set in Shanghai, where the author depicts the disappearing of old shanghai life as a result of modernization.

Qiu is well-versed in Chinese poetry and ancient literature, so expect quotes from Chinese poets and Confucius, as well as many insights into Chinese culture from his novels.

This book has won the 2001 Anthony Award and has been ranked by The Wall Street Journal as the third best political novel of all time.

If you’re looking for a Chinese political novel with a poetic kick, this book will not disappoint.

To lighten up the list, here is a fun book that will sure make you laugh.

Yes, you read that right.

This book is as bumblingly brilliant as the escapades of Matthew Evans, our 21-year old protagonist Matthew who was born and raised in the farmsteads of Muscatine, Iowa.

He decides one day to embark on the trip of his life to Shanghai to meet, who he thinks is, the love of his life.

The problem is, luck has never been on his side.

During the five years he is in China, he’s been destitute, homeless, imprisoned, tear gassed… you name it.

Some readers liken his story to that of Forest Gump.

The author Tom Carter has been an expatriate in China since 2004. He had his fair share of adventures in China when he spent two years backpacking across 33 Chinese provinces.

In this wonderfully hilarious story, the author also shed some lights on modern china through many of the historically and politically significant events the protagonists finds himself in.

This quick read of only 130 pages is accompanied by old-style illustrations which will surely keep you entertained this winter.

If the name looks familiar to you, then you are not wrong.

That’s right, Street of Eternal Happiness is the popular Chang Le road which runs through the former French Concession in Shanghai.

Last but definitely not least, Street of Eternal Happiness takes you deep into the lives of the residents of Chang Le Road, who are ordinary people from the shopkeeper down the street to the bickering old couple living next door.

The author became friends with his neighbours during his residence on the street and were introduced to parts of their lives he did not expect to be shared with.

Rob Schimitz is a Shanghai-based NPR correspondent and has received numerous awards for his work.

The stories he tells of his neighbours are intimate and personal. Many have found this book eye-opening and deepens their understanding of China.

There you have it, five books about Shanghai to keep you no matter what time of the year.

Do you have a favourite that we missed out? Why not tell us below?

What about online Chinese classes? We’ve got the best teachers, all from the comfort of your own home. Check them out! 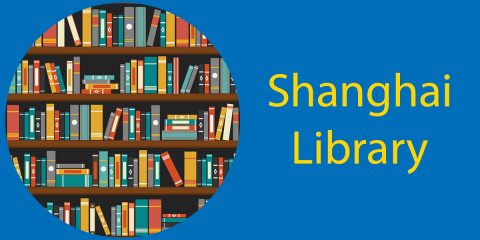 Previous Post The Ultimate Guide to the Shanghai Library 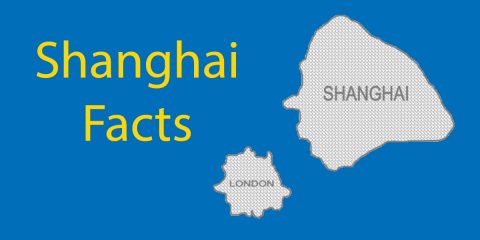 Next Post Shanghai Facts (for 2022) – Numbers That Blow Your Mind