What does the Shanghai Grand View Garden have to do with Chinese Literature? You might ask. Read on to find out!

For those of you familiar with Chinese literature, you may know that Dream of the Red Chamber (红楼梦) is one of China’s four great classical novels.

The story revolves around the rise and fall of the Jia (贾) clan in the Qing Dynasty.

It is the most notable clan in the old capital of Nanjing, where the novel takes place. And the Shanghai Grand View Garden is a key location in the book.

An Intro to the Dream of the Red Chamber

The Story of Nvwa Mends the Sky (女蜗补天)

A Tour of the Shanghai Grand View Garden

An Intro to the Dream of the Red Chamber

In a very simple summary, Dream of the Red Chamber tells a story of the relationships between Jia Baoyu (贾宝玉), his cousin Lin Daiyu (林黛玉), and his future wife Xue Baochai (薛宝钗).

Baoyu is the heir of the Jia clan. He and Daiyu share a mutual love for poetry and music. Yet his family considers Baochai the right candidate to be his wife, as she is considered an ideal women for their time.

However, the novel is way more than the story of this love-triangle; it is regarded as “the pinnacle of Chinese fiction”. Its large cast of characters and psychological scope are unprecedented in Chinese fiction. In addition, the novel gives detailed accounts of society and social structures in 18th century China.

The complexity and depth of the novel are what make it a masterpiece of its time and in all of Chinese history.

The real Shanghai Grand View Garden today is a replica of the one in the novel. It spans 247 acres of land and is located 65 kilometers from city center in Qingpu District （清浦区）.

If you are familiar with the novel, a visit to the Shanghai Grand View Garden will deepen your understanding and might provide you with more insights into the story. And for the rest of us, it’s a great place to experience the living quarters of aristocrats in 18th century China, and get a glimpse of what life was like for them.

Hopefully by the end of this article, you will be equipped with more knowledge and understanding of the story as well as the park to make your visit to the Shanghai Grand View Garden meaningful and enjoyable.

The Story of Nvwa Mends the Sky (女蜗补天)

In Ancient Chinese mythology, humans were created from mud by the goddess Nvwa (女娲). People have lived in harmony and happiness for many years until one day the sky fell and left a massive cavity. The cavity caused a series of disasters on Earth and people suffered tremendously.

Seeing this, Nvwa was worried and desperately looked for ways to fix it. She eventually went around and collected stones of various colors, tempered them using fire, and turned them into liquid.

Nvwa splashed the liquid toward the cavity in the sky and it was fixed. Earth returned to a place of peace and harmony and people once again lived in happiness.

Dream of the Red Chamber started with an abandoned stone from when Nvwa mended the sky. It’s a sentient stone with a mind of its own. It wishes to see the world and so the story begins.

A Tour of the Shanghai Grand View Garden

Near the south entrance of the Grand View Garden stands a granite screen wall depicting the story ‘Nvwa Mends the Sky’, referencing its significance as the background story for the novel.

The other side of the screen wall was embossed with twelve of the main characters in Dream of the Red Chamber. They are often referred to collectively as the Twelve Daughters of Jinling (金陵十二钗). They are the most outstanding females of Jinling* (金陵) at their time.

*Note: Jinling is an alternative name for the city of Nanjing, located in Jiangsu province.

Near the entrance of the Grand View Garden is a pavilion erected on a bridge. It serves as a major passageway for those entering and leaving the garden. It’s also a great spot to take in the view of the entire garden.

In the novel, the Qin Fang Pavilion is the backdrop for many memorable scenes. It’s also the most visited spot for when the star-crossed lovers Jia Baoyu and Lin Daiyu meet in private.

Located in the south west corner of the garden, Happy Red Court is the residence of Jia Baoyu. He was said to have been born with luminescent jade in his mouth. He is described in the novel as a sensitive and compassionate individual. He has a special bond with many of the women in the house. His residence is sometimes also referred to as “Happy Red and Delightful Green” (怡红快绿), where the “red (红)” refers to the Chinese Flowering Crabapple at the west of the gate, and “green (绿)” refers to the shrubbery to the east.

Grand View Pavilion is the gathering place for the family members during Jia Yuanchun (贾元春), the Imperial Concubine’s patronage. It is at center of all of the buildings in the garden and likely the most decorated section in the garden due to the fact that it hosts a member of the Imperial family.

Its architecture and decorations reflect the typical grandeur of an imperial garden.

The above spots are just a selection of a number of beautiful places that you will see inside the Shanghai Grand View Garden. There are many more to check out. Each location usually has an explanation of how it relates to the story so you won’t feel lost.

Perhaps you just want to visit the garden to witness the characteristic Qing Dynasty architecture or enjoy the artefacts to learn about what life was like in Ancient Chinese feudal society.

It’s worth noting that the Shanghai Grand View Garden is home to over 250 species of plants and more than 90,000 bamboo plants. The most of any garden in the world!

If you would like to pay a visit to the garden, there are a few options to get there by public transportation:

Take the Qingpu C Line from Shanghai Stadium. The bus departs at 9:30am  and returns at 3:45pm.

For some more top tips on where to visit in Shanghai check out our blog, 3 days in Shanghai:

Looking for more things to do in Shanghai?

We even offer online Chinese classes tailored exactly to you, check them out! 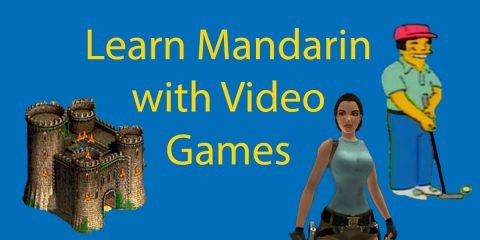 Gaming in Chinese 🕹 Your Complete Guide (for 2021) 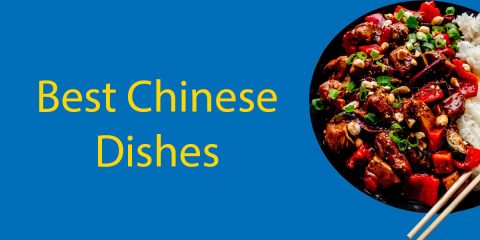