What exactly goes on at the Shanghai marriage market?

When I first came to Shanghai, fresh-eyed and eager to explore the city, I asked people around me for recommendations.

I received suggestions like “Go see the amazing view at the bund!”, or “You gotta check out the Yuz museum!”

To my surprise, a lot of them also recommended the marriage market (相亲角, xiāng qīn jiǎo) .

Curious to find out what it is, I went.

It has been around since 2004. The market is only a few minutes walking distance from People’s Square metro station, accessible by metro line 1, 2, or 8. Exit 5 will take you to the Marriage Market the fastest.

Below is a map from LTL Shanghai where you can, if you have have some time, take a walk and enjoy some of the sights of central Shanghai by foot.

It was very easy to spot the market after coming out from the metro exit.

What was interesting at first sight was rows of umbrellas on the floor. No, that was not a typo; umbrellas are used at the market to prop up marriage “ads”.

A great number of ads also hang from ropes and secured with clothespins.

I was surprised that the marriage market attracts quite a large crowd.

Most of the “vendors” in the market are older men and women. They look to be either parents or close relatives of the children in the family they are so eager to marry off.

They sit or stand behind the umbrellas, not unlike vendors standing behind their goods in a street market, ready for fate to deliver them a suitable in-law.

Besides parents and relatives, some marriage services also participate in the marriage market.

They usually have multiple profiles in front of them. Some of them even have business cards to hand out.

After taking everything in, I was immediately drawn to the content of these marriage ads.

There are rows upon rows of umbrellas, each with one or two of these ads on top.

Most of these ads contain the same list of information: gender, birth year, height, educational level, occupation, monthly salary, partner requirements, and phone number at the bottom for contact.

I found profiles of all age groups from singles in their early twenties to divorcees in their fifties; although the majority of these ads are of people in their twenties and thirties.

I was astonished to find many ads of women born in late 1990s, which would make them under 25 years old. Then again, this really shouldn’t come as a surprise.

Because despite the increasing amount of Chinese marrying late, many traditional families would still much prefer their children to be married before 25. This is especially true of women.

The stigma of being a “left over woman” (剩女, shèng nǚ), or an unmarried female in their late twenties or later is still alive and well.

Interestingly, on the days I went, only a select few of these ads had pictures.

You would think that visuals would boost the effectiveness of these ads.

Most profiles on dating apps and websites have at least three photos.

Some people even swear by the “three-photo rule”, which basically translates to “do not trust anyone who doesn’t have at least three photos of themselves on their dating profile”.

In an attempt to understand this, my friends and I concluded that perhaps looks just aren’t that important to Chinese parents.

Read enough of these ads and you get an idea of what Chinese parents are looking for in their son/daughter-in-law.

Among the many criteria, what came up most often were salary, height, and house and car ownership (有车有房, yǒu chē yǒu fáng).

Another interesting criteria was “must have Shanghai hukou (户口)”.

PS – A Hukou is a system of household registration used in mainland China. In short if you have a Hukou, you own property. In this instance, the person must have property in Shanghai. Tough crack for those not so lucky!

I can imagine how disheartening this must be to non-Shanghainese looking for love and in this lonely city.

Chinese zodiac sign (生肖, shēng xiāo) is another criteria found on many of the marriage ads.

Some ads will say they won’t consider anyone with a certain zodiac sign. If you don’t know what your 生肖 is, check out our brand new Chinese Zodiac Calculator below…

It’s quite fun to read what your zodiac sign says about your personality. 生肖 is similar to the western astrological signs, except your Chinese zodiac sign is determined by the year you were born instead of your birth date.

Just like some astrological signs are more compatible, the Chinese zodiac works the same way.

And because marriages in China are considered to be a family affair, parents will consider the zodiac signs of important family members along with that of the person-to-be-married to come up with the ideal zodiac sign for their son/daughter-in-law.

It sounds super complicated and calculated but in reality, a lot of it it’s superstition IMHO.

On one of my visits, there was one marriage ad that stood out among a sea of letter-sized ads.

I found it on the floor near the entrance of the park. It was the size of a large poster and pink.

The description was in English and quite detailed; the man in the ad described himself in a short paragraph and stated that he is looking for a foreign wife, which explains why the ad is in English. No one was around. However, contact information was given on the ad.

On another visit, we saw a woman who looks to be in her twenties wearing a Lolita dress with matching style hair and makeup.

Her and her outfit could not have been more conspicuous among rows of parents and their umbrellas.

When we saw her, a small crowd has already gathered around her and she was answering questions from curious market goers.

She said the reason she chose to dress up is because she’s looking for someone who will accept her for who she is, with her fashion choices and all.

Crazy Marriage Market encounters are there for all to see and it’s right in the heart of Shanghai! I highly recommend a visit for a culturally immersive experience!

Okay, that’s a wrap. I was glad that I listened to the advice of friendly acquaintances and checked out the Shanghai Marriage Market.

I have since went back a few more times with friends. I also took friends there because I think it is worth a visit.

Of course, people will have their own opinions of such marriage markets. What do you think?

What about online Chinese classes? We have the best teachers, all from the comfort of your own home. Check them out! 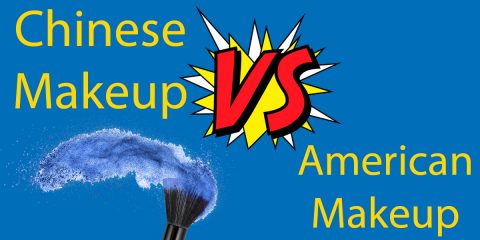 Previous Post Chinese Makeup Vs. American Makeup 💄 How Do They Differ 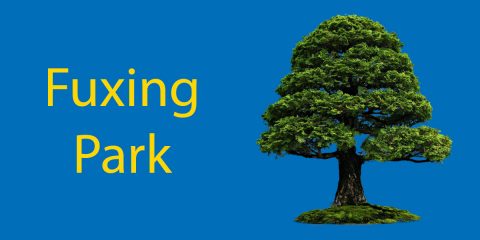 Next Post Parks in Shanghai 🌳 An Insiders Guide to Fuxing Park