Your Guide to Studying in China as a Foreigner

So, you want to study in China as an International Student?

But why should you study in China as an international student?

The world is becoming more and more globalized day by day, and studying in China would help you get acquainted with the world.

After all, China is a world leader in most things, education included. You can come to China to get your education and also to experience a culture you likely haven’t been a part of before.

Besides, studying in China would expose you to the world’s best collection of Chinese food.

Do you really need any more convincing? Let’s take a deeper look and give you some useful hints and tips.

Choosing a College as an International Student

How to Apply for University in China

Tips for Writing Your Application

Study in China as an international student — FAQs

To start off, there are a number of ways to get your Bachelor’s degree in China.

As an international student, it’ll likely be through an English-taught program.

Foreign universities in China are affiliated with their respective international universities.

Unlike the Chinese universities previously mentioned, these are some universities that generally attract a relatively larger international population as they are foreign schools:

Also, since you are an international student, you do not have to take the gaokao (高考), the entrance exam for most (if not all) undergraduate colleges in China for Chinese students.

Skip to Eligibility if you would like to know more about prerequisites and required materials for applying as an international student.

Going abroad for your undergraduate education is a big deal, though, so there are a few factors you need to consider.

Choosing a College as an International Student

Similarly to how the U.K. has their Russell Group and how the U.S. has their Ivy League, China has its C9 League (九校联盟) and Project 985 (985工程).

Made up of nine and 39 universities respectively, these groups receive a considerable percentage of China’s higher education funding.

More importantly, you should consider many of the same factors when choosing a college in China as you would back home.

In order to apply, you need to have a valid high school or secondary school diploma.

On account of your university, there may be other prerequisites you must meet.

Common ones may include:

Check out our free HSK tests 👉 get an idea of what HSK level you are right now.

How to Apply for University in China

Most Chinese universities offer their own individual applicant portal, which can be easily found through their websites.

Tips for Writing Your Application

In addition to your personal statement, your grades matter a lot.

They determine if you would fit in your university.

After that, your extracurriculars matter as well. Have you participated in any clubs, events, sports, jobs, or anything similar outside of school?

If so, you should consider including that in your application. Awards, certificates, or similar recognitions would be an added bonus.

Generally speaking, tuition costs for an undergraduate education in China—international students included—are far cheaper than those of America.

For 2022, tuition costs for attending Peking University and Tsinghua University as an international student start from 26,000 CNY.

While different programs have different costs (STEM programs are often more costly than humanities programs), university is usually quite affordable in China.

However, this depends on whether or not you attend a Chinese university or a foreign university (tuition for NYU Shanghai, for instance, was approximately 52,200 USD for 2020).

Of course, this hasn’t factored in the cost of living in China.

Depending on where you attend school, expenses vary greatly—the cost of living Shanghai and Beijing, for instance, is comparatively higher than Qingdao.

Nonetheless, living in Tier 1 cities in China as a student is relatively affordable.

In fact, Peking University estimates an average cost of living of 55,000 CNY per year for its international students (including accommodation, meals, transportation, and other miscellaneous costs), which is approximately 7,850 USD, 6,965 Euros, or 6,240 Pounds.

Bear in mind this does not factor in international travel fees.

Eligibility and deadline requirements for different scholarships may vary, so be sure to check for that information.

Furthermore, the availability of scholarships from your home country for a university in China is likely to depend on your scholarship provider.

Overall, deadlines differ by college. Although some have a limited window of time to apply (usually around November to December), others have multiple rounds of applications that end a few months before the start date.

For this reason, be sure to check in with each university’s website individually to make sure you know them.

Notification dates will usually be on their website as well.

Check with your university, but this may mean that you have the opportunity to earn two degrees from your chosen university or that you can do so at different locations, often international.

In general, you should apply early for university!

Not only does this mean you can know of your admission status sooner, it also means that you can rest knowing you have somewhere to go or if you need to continue applying.

Furthermore, the universities you apply to know that they are a good school—don’t go out of your way to flatter.

In any case, there’s a fine line between expressing why you love a particular program a university offers and blatantly kissing up (拍马屁).

Study in China as an International Student — FAQs

We also provide online Chinese classes tailored to you — check them out! 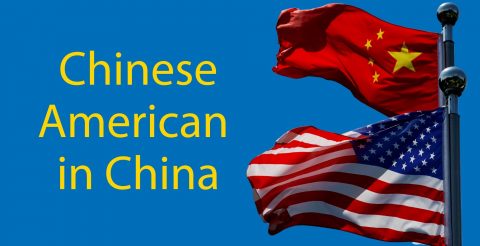 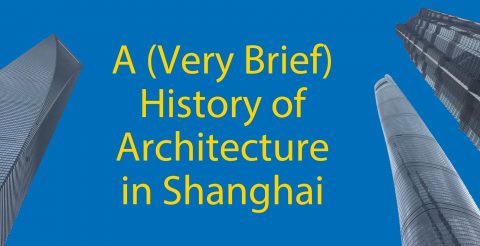 Next Post A (Very Brief) History of Architecture in Shanghai 🏢