Chinese Makeup Vs. American Makeup – is it really that different?

Let’s compare and contrast to see how they matchup.

The cultural differences between the East and the West are huge. One particular area I’ve always been interested in is makeup.

I’m American, so I’ve watched a decent number of makeup tutorials from American (or Western) makeup artists. (And by decent, I mean a lot!)

I learned a lot of how I do my own makeup from these types of videos.

DID YOU KNOW – Makeup in Chinese is 化妆 Huàzhuāng. You can add a 品 pǐn on the end to make it Cosmetics.

Since coming to China, I’ve noticed that there are of lot of differences in how American and Chinese people apply makeup and generally approach beauty.

I’ve even tweaked my own makeup routine to combine both styles.

So this blog post will break down the differences between American and Chinese makeup. Additionally, American makeup styles shares a lot of similar traits with other Western countries, and the same goes for China and other East Asian makeup styles.

Before I start, I’d like to mention that these are simply trends that I’ve noticed among American and Chinese makeup styles.

However, it certainly would not be true to say that every American and every Chinese person follows these particular trends. As with all styles–clothing and hair included, there’s a lot of variation from person to person.

This is only my personal interpretation, based on observations, as a person who really enjoys makeup.

PSST – If you want to check out some super relevant vocab, check out our post on Makeup in Chinese, where we each you all the terms you need to crack Chinese.

To start off, Chinese and American people have different ideas of what skin color is considered most beautiful.

A pale, snowy complexion is seen as much more desirable.

Personally, I’ve seen many of these types of products while scrolling through Taobao (a popular online market, similar to Amazon). Some show side-by-side photos of a girl’s arm, the “before” picture distinctly darker than the “after”.

Fresh, dewy skin is a popular look here in China.

However, in America, makeup lovers usually apply foundation a little more heavily. If they are wearing fake tan, they might use a slightly darker foundation, so their face can match the rest of their body.

Even if a foundation that matches their skin tone perfectly is used, contour (pulled into mainstream popularity by Kim Kardashian several years ago) is often used to help accentuate certain features of the face.

DID YOU KNOW – Kim has two Chinese names, both rather amusing. 金大妈 jīn dàmā which translates to Aunty Gold (presumably relating to her love for money).

It doesn’t stop there either because the actual meaning of 侃大山 kǎndàshān in Chinese is to chatter idly/gossip/boast or brag.

Contour works by using a darker shade of foundation around the edges of the face, under the cheekbones, chin, and jawline, and on either sides of the nose, while using a lighter foundation in the center of the face (under the eyes, forehead, nose).

Here in China, this technique doesn’t really seem to be popular.

Some routines may include highlighting the high points of the face, like the nose and cheekbones, but the entire contour routine (a common practice for makeup artists in America) doesn’t seem to have caught on here.

Besides skin color, there’s also the matter of additional face makeup, such as blush.

Chinese people really like to use blush–pink cheeks can make the face look fresh and natural. Americans use blush as well, but they use it a bit more sparingly. Super pink cheeks aren’t as popular.

While American tend to favor a higher, arched brow, Chinese people (along with many East Asian countries) favor a straighter brow, ones without a very sharp arch.

Americans tend to like a more defined brow, and they often use a lighter colored concealer to outline the brow. Chinese people tend to go for a more natural look.

This is actually a theme that can be seen throughout. American makeup tends to be a bit heavier, while Chinese makeup leans more natural and minimalist.

In China, big eyes are seen as beautiful.

While many beauty standards differ between the East and West, this particular aspect of Western looks is very desirable to Chinese people.

Many Chinese people have mono-lids, or single eyelids, which lack the crease of a double eyelid that most Western people have.

In order to make their eyes look bigger, rounder, and more Western-like, some Chinese people use tape or glue to fashion a sort of false double lid.

This becomes part of their makeup routine. Others undergo plastic surgery to get double eyelids.

Following the trend of copying Western eyes, many Chinese people also like to wear colored contacts.

These contacts generally lighten dark brown eyes to blue or gray, and they can really make the eyes pop. Wearing colored lenses is not as popular in America.

TOP MANDARIN TIP – A couple of useful Chinese words to look out for regarding eyes are these.

Americans are big on mascara, eyelash curlers, and false lashes. But based on my observations, Chinese preferences lean more toward eyelash extensions than false eyelashes.

The difference between the two is that eyelash extensions are done by a professional, who glues on individual (or small clumps) of lashes.

Extensions are then worn 24/7 and can last for a few weeks. On the other hand, false eyelashes come in strips.

They can be bought at the drugstore, applied at home, and are taken off at the end of the day.

Eyelash extensions look more natural than false eyelashes, although it can be difficult to tell them apart.

Extensions here in China are not as expensive as they would be in the States, which could explain why they seem a bit more popular here.

While I wouldn’t say a majority of girls have eyelash extensions, they do seem a bit more popular that false eyelashes.

Here in China, I’ve also seen lots of products online that claim to help with natural lash growth, which again lines up with the theme of Chinese makeup and beauty leaning more natural.

According to American makeup trends, skipping mascara but applying other eye makeup would be a big no-no, but it seems fairly normal here, and it doesn’t really look strange, since Chinese people’s eyelashes are already black.

I’ve watched lots of tutorials on various social media platforms, and every color of the rainbow (and then some) is fair game when it comes to eyeshadow.

While the average American doesn’t go mad with crazy colors on a daily basis, it’s really not unusual to see a brightly colored look.

However, Chinese people tend to stick with warm colors or more natural colors, such as pinks and oranges.

They also like a little glitter in their eyeshadow.

Application style also really differs here, especially because American and Chinese people usually have different eye shapes. Like I mentioned previously, having a monolid or double lid can really affect how eyeshadow is applied and the way it looks. The same eyeshadow application method doesn’t necessarily work on different eye types.

In America, long, pointed winged eyeliner is very in-style. It helps to open and elongate the eye.

Americans generally use a black eyeliner to create a sharp, defined line. Liquid liners can help with that sharp line.

However, in China, it’s not as popular. While I still see winged eyeliner, usually the wing is much smaller, and the line thinner.

I’ve also seen a softer, smudged eyeliner, in a more natural color, like brown. Sometimes the eyeliner is left out altogether.

Sometimes people like to draw over their natural lip line to make their lips appear fuller.

And similar to eyeshadow, lip colors come in all shades. Liquid lipsticks are popular, and they create a very clean, crisp line.

However, Chinese people aren’t as big on having a crisp line.

A soft, smudged look is more popular, and again, natural colors are in.

I haven’t really seen any Chinese people wearing very dark colored lipstick, the darkest and most unnatural being a bright red.

American-style makeup incorporates lots of sharp lines and edges, while Chinese makeup is softer and more blended or smudged.

In my opinion, I would say that Chinese girls are aiming for more a cutesy look and aren’t afraid to make themselves look young and sweet, while Americans go for a more cool, confident, and sexy look.

There are always people from each country that go against popular makeup trends and don’t fit into these categories, but this is just what I’ve noticed!

What other differences have you noticed between Chinese and American makeup? Would you say that these trends can be widened to compare East Asian makeup and Western makeup?

Find out about how Chinese beauty standards differ from the West and what is considered as the “ideal” beauty in China.

Learn in-depth vocab for talking about makeup in Chinese, with everything from different kinds of foundation to contour palettes to makeup removal wipes.

We also offer online Chinese classes tailored to you. Check them out! 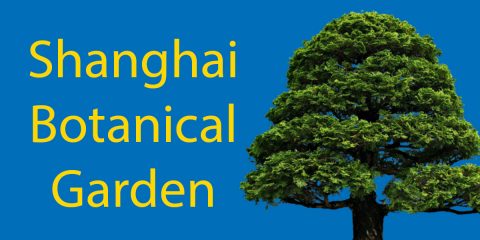 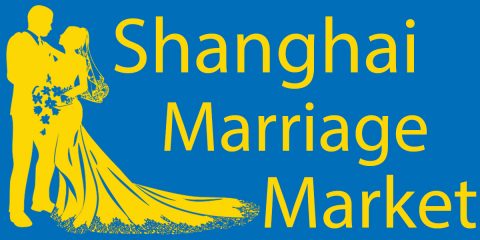 Next Post A Visit to the Shanghai Marriage Market (in 2022) | What’s The Deal?