Cryptocurrency in Chinese // All the Vocab You Need

Here at LTL we always strive to bring you any new hot topics that emerge which is why today we’ll be talking all about cryptocurrency in Chinese.

So let’s start with the basics.

What is cryptocurrency in Chinese?

If you want to break it down even further the word encrypt literally means “add” (加 jiā ) “secret/confidential” (密 mì) which really makes a lot of sense when you think about what encryption actually does.

Before we delve into the more complicated world of cryptocurrency in Chinese let’s have a look at some general finance vocab to start us off.

First things first, we have some basic banking vocabulary.

With the basics out the way let’s move onto some more complicated finance vocab that’s related to cryptocurrency in Chinese.

There are actually a few different ways to say digital currency in Chinese in mainland China it’s called either 数字货币 shùzìhuòbì or 数码货币 shùmǎhuòbì.

Whereas in Taiwan it’s slightly different and is called 数位货币 shùwèihuòbì.

Now, how about some more complicated financial vocab!

First up has to of course be the coin that started it all.

As you can probably tell, this is a transliteration of “bit” with “coin” (币 bì) added.

However, there is another name for bitcoin in Chinese which is a translation of bitcoin instead: 位元币 wèiyuánbì.

The character 位 wèi is a classifier for binary bits.

It’s very rare to see this translation though, the most commonly used name by far is 比特币 bǐtèbì.

Following on from bitcoin we of course have altcoin which in Chinese is 山寨币 shānzhàibì.

山寨 shānzhài literally means “mountain” “stronghold”, but it has become a humorous term for counterfeit or copycat in Chinese.

So the name for altcoin in Chinese is “counterfeit coin”, as all altcoins are all technically copies of bitcoin that makes sense!

Originally altcoin was actually called 竞争币 jìngzhēng bì in Chinese which translates to “competition coin”, again a very literal translation of what altcoin is.

Anyone familiar with cryptocurrency will also know that there are also some slang terms within that, so what is the Chinese for some of those?

These literally translate to “air” coin and “rubbish” coin.

Opposite to that we have blue chip coin which is 主流币 zhǔliúbì, meaning “mainstream” coin.

Now, let’s have a look at 10 of the most common altcoin cryptocurrencies:

Our personal favourite from that list has to of course be Dogecoin (狗狗币 gǒugǒubì) because it is based off one of the BEST memes ever.

The story of it starting off as a joke currency and then becoming one of the biggest cryptocurrencies is also pretty entertaining we have to say.

It really shows how crazy the world of cryptocurrency can be!

This coin is so popular it’s even sparked off some copycat coins such as the Shiba Inu (SHIB) 柴犬币 cháiquǎnbì coin which was launched in 2020.

Here are a few other common cryptocurrencies also worth mentioning:

Let’s start off with the name that started it all, Satoshi Nakamoto.

In Chinese Satoshi Nakamoto is referred to as 中本聪 zhōng běn cōng, this name is based off the name used by some Japanese media (中本哲史 Nakamoto Tetsushi).

At the heart of cryptocurrency is of course blockchain technology, so let’s have a look at some words related to that:

Another crucial aspect of cryptocurrency is mining and in Chinese they also use the word for mining: 挖矿 wākuàng, which means “dig” ( 挖 wā) “mine” (矿 kuàng).

That is the essential cryptocurrency terms in Chinese covered, so are you ready to really get technical?

Here is all the specific vocabulary you’ll need:

If you keep up to date with cryptocurrency news, you should already know that in September 2021 China completely banned cryptocurrencies.

It had already been cracking down on cryptocurrencies since 2019 when trading cryptocurrency was officially banned.

So if you’ve got some cryptocurrency lying around you won’t be able to spend it on Taobao anytime soon.

As well as China there are eight other countries where cryptocurrencies are banned:

So why did China ban it?

Well, previously China had been a leader in mining for cryptocurrencies and the government said it was concerned over the environmental implications of this.

They also stated that there were concerns over digital currency being used for fraud and money laundering.

Unlike other cryptocurrencies it’s controlled and issued by the central bank.

Currently the digital yuan app is still being tested, it’s available for download, however only certain users living in certain “pilot cities”.

Compared to other countries, China is already well on the way towards becoming a cashless society, just look at how widely WeChat Pay and Alipay are used.

It will be interesting to see where this goes in the future and whether more countries will follow China’s lead and put more restrictions on cryptocurrencies.

Did you find our guide to Crypto in Chinese useful? Drop us a comment below and tell us what you thought.

Find out what the real difference is between WeChat Pay vs Alipay and which one will work best for you.

Learn 44 must know words for talking about money in Chinese.

How to Save Money in China

We have 9 killer tips to help you save money in China. 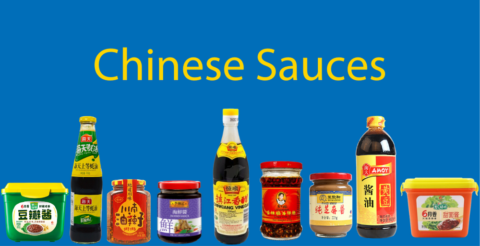