This blog has kindly been written by Carl Cheung on his experience of starting to learn Shanghainese.

I’ve never heard a lick of Shanghainese before, and my Mandarin is sub-par at best.

So when my good friend Alex offered me Mandarin-to-Shanghainese lessons.

I thought “learning Shanghainese is going to be insanely hard, but screw it why not, maybe it’ll help me on the rest of my Chinese”.

Coming from a Cantonese speaking family and community, and growing up in an English speaking environment (not Hongcouver), I have a pretty unique perspective learning Shanghainese.

There are many characters that sound close to something in Cantonese. But the grammar, common sentence structures and common vocabulary are much more aligned with Mandarin.

Lessons : You, Me and We

(You know Carl mentioned that good friend Alex, here he is by the way)!

Overall, it definitely has helped me pick up the pronunciation faster.

One of the more difficult linguistic patterns to pronounce actually exists in Cantonese but not English or Mandarin.

The unofficial Shanghainese pinyin for the character “I” is written ngo and it is made up of 2 sounds (1 syllable, 2 sounds, like “there”).

The first one, ng, is made by closing your airway with the back of your tongue. For the second, open your airway while saying “oh” (like “all”).

Another two patterns that were very difficult to distinguish for me, was “mu” and “mo”.

If I wrote the pinyin, I definitely would have gone with “moo” instead of “mu” and “mou” instead of “mo” because that’s what they sound like in English. The difference is so subtle, it’s the difference between sm’oo’th and m’oo’r.

Apparently still different enough to have different pinyin though.

The first thing to remember is that the most common tones in Shanghainese are like the first 2 of Mandarin, high-to-high and low-to-high.

Only two, should be easy to remember right? Nope. The tones of a character will change depending on where it is in a word and what character is beside it.

In the common two character vocabularies, the first character has its original tone, but the second one changes to high-to-high.

Specifically, this pattern of tones changing is called ‘tone sandhi’ according to very legit sources (and in linguistics).

Generally, people only speak Shanghainese is limited to the older generation in Shanghai.

The rest of the time, it’s pretty much only spoken within families with roots in Shanghai.

However, Shanghainese actually belongs to the second most spoken Chinese dialect group, behind Mandarin.

If you already know Mandarin and are looking to learn another local language, Shanghainese should definitely be near the top of your list.

On the right, Richard explains all about his reasons for learning Shanghainese in this introduction in addition to teaching you some simple phrases to get you started on your Shanghainese journey:

One of the most confusing things when learning Mandarin from Cantonese is that the same characters will have different meanings in the two languages.

The same thing happens when starting to learn Shanghainese — the same words have different purposes.

You, Me and We

To begin with, the most common replacement character used is most likely the character for you (“ni2”) and is pronounced “nong” with a low-to-high tone closing your airway with the back of your tongue at the ng.

The first phrase everyone learns in Mandarin is hello or 你好 “ni2 hao3”.

The same is true when beginning to learn Shanghainese, Shanghainese equivalent is “nong hoh”.

The “hoh”, which sounds very similar in Cantonese, is just a low-to-high tone “hoe”.

In addition, the second phrase in Mandarin you probably know as well is thank you or 谢谢 “xie4 xie”, or in Shanghainese “xia xia”.

The first “xia” is a low-to-high tone and the second one just stays high.

The last one I’ll break down is the translation for sorry or 对不起 “dui2 bu2 qi3”. The replacement character for “bu2” is a very clipped sounding “va” or 勿. So the whole thing is “deh va qi” and sounds like “day v-chee”.

So putting all that together, I can at least express some basic things like “xia xia nong” or “a la deh va qi”.

I’ll throw in one more, “jioh” means “jiao2” or 叫, so a quick introduction to someone might sound like “nong hoh, ngoh jioh Carl”.

Hopefully, that will be enough to get around Shanghai and get some impressed (confused) looks!

In a busy city such as Shanghai, life goes fast and time is money. Sometimes, it is essential to be able to plan your day down to the minute. More importantly, it is a great skill to be able to avoid all the intermittent rain during the 12-month rainy season.

Another commonly heard one, 现在 xiànzài (now) is “yi seh”, which is pronounced like yee-zay.

Additionally, if you want to talk about specific times, you can start with “ji di zong”, which means what time is it (几点了 Jǐ diǎnle? or Literally 几点钟 jǐ diǎn zhōng if you compare to Mandarin)?

Being a Chinese American in China 🇨🇳🇺🇸 Hannah’s Story in Shanghai

Being a Chinese American in China – What’s the Truth? My name is Hannah, and I lived in Shanghai for about 6 months, studying Chinese with LTL! While I’ve written lots of blog posts, this one is a little different,…

Maybe you’re in Shanghai Learning Mandarin, doing an internship or working full time, whichever way you’ll need to be able to make your way around the city.

Getting around Shanghai (going from one place to another) is a pretty simple task nowadays with the didi app (Chinese Uber) or metro or any other available transportation.

Occasionally though, taxis can be a real pain-in-the-ass with directions, so it’s great to learn Shanghainese phrases to help get around.

The worst feeling in the world is picking up a taxi driver’s or a delivery guy’s phone call, knowing you won’t be able to lead them correctly.

Thankfully, a surprising amount of the older guys are local Shanghainese (you can especially tell from their radio chatter), have lived in Shanghai their whole lives and are pretty good at giving directions.

You’ll be able to show off the Shanghainese skills you learned here to ask them how to get to places.

To start off, you can check they understand you by asking them ‘na neng qik’ 哪能去, (怎么去 zěnme qù in Mandarin), which literally means ‘how to go’ or ‘how to do I get to’?

You can either point at an address, or say the name of the place you want to go to and then add ‘na neng qik’ 哪能去. (In Shanghainese na neng aka “how” replaces Mandarin’s zěnme)

If they respond positively and you think they understand you might be ready to learn some simple relative directions.

Right side is pronounced 右手边 ‘you suh bi’ and left side is 左手边 ‘ju suh bi’ (sounds like ‘yo-suh-bee’ and ‘jew-suh-bee’).

Straight ahead is pronounced 前头 ‘xi deh’ (sounds like ‘see-day’).

If you’re in a taxi, when you have arrive to a close enough location, you can point and say ‘bang bi lok’, which means ‘get off there’.

Farther away or just for more detail, we can use the East, West, South, North (Dōng xī nán & běi in Mandarin) directions.

The character for head (头’deh’ or tou in mandarin), is used commonly to describe a general direction (think HEAD-ing towards somewhere).

Sometimes, 面 ‘mi’, the character for face (Miàn in Mandarin) is used instead to describe a direction (think FACE-ing towards).

Finally, 以 ‘yi’, when used as a direction kind of a has a meaning of towards or keep towards.

Well I think yes! Even with all the new modern day conveniences, there are still many chances to have an average conversation about buying things with locals like at a family mart or a nearby fruit stand to get your Shanghainese practise in.

So maybe you could start off with ‘ma gak gak’ (mǎi zhège 买这个 – buy this one) while pointing at water or oranges or whatever you happen to be buying.

They might respond ‘ji gak’ (jǐ gè 几个) asking you how many. Then you can say ‘liang gak ji di’ meaning how much is two.

You might have noticed instead of qián 钱 there is a different word for money. Use the words “coh pioh” when talking about physical money or paying someone.

For example, ‘ngu fu coh pioh la’ means I have payed the money already. When asking how much money, ‘ji di’ is always used instead of ‘ji coh pioh’.

So back at the family mart, the staff has answered that two bottles of water is ‘ng kueh’ meaning five kuài 块 or five RMB. ‘kueh’ and ‘gok’ is used same as kuài (yuan) and jiǎo (equivalent of cents) in Mandarin.

The numbers system is pretty much the same as Mandarin except ‘ni’ (2) and ‘liang’ (another word for 2 used often for measurements of things in Mandarin) are used more interchangeably.

Èrshí (20) is replaced by another character ‘ngeh’. ‘suh’ is pronounced with a low-to-high tone normally but with a high-to-high tone when the number is thirty, forty, fifty, etc.

Put your new shopping vocabulary to work at these cool places to go shopping in Shanghai!

So finally, the cashier asks you ‘na nung fu’, how do you want to pay? Similar to Mandarin, WeChat is “vi xin” and Alipay is “jik fubao”.

Paying with cash is just ‘coh pioh’ again. ‘soh’ means scan so you might hear a ‘nguh soh’ or ‘nong soh’.

Swear words: they’re some of the first words you learn in a new language because hey, they’re fun! Here are 12 Shanghainese swear words for your vocabulary.

STILL WITH US, you’re a pro! Fancy getting involved yourself?

Interested in learning Shanghainese? Why not take classes with LTL?

You can study Shanghainese Online also, from the very comfort of your own home!

We also offer online Mandarin and Shanghainese classes tailored exactly to you (Cantonese as well, if you’re into that). Check them out! 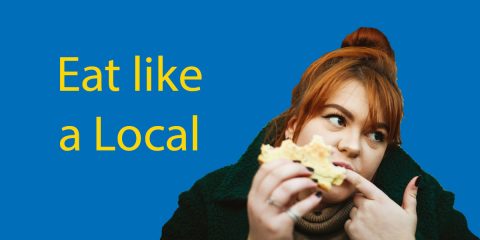 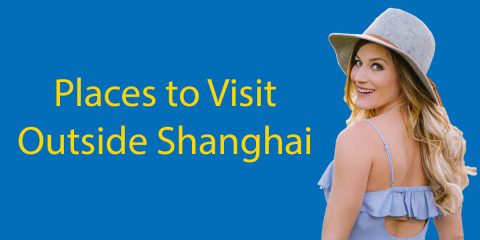