In 2011 I got talking with a professor at Shanghai’s Fudan University. One thing he told me that day has stuck with me since.

He told me that 25% of all construction cranes in the world were in Shanghai, not in China, but specifically Shanghai.

I never found out whether that was true or not, but it made me think of Shanghai in sheer numbers.

However, sometimes large numbers can be difficult to conceptualise, so in this blog post I want to use visualisations and comparisons to help you get your head around some the sheer numbers of the city of Shanghai.

China has a massive population, and it’s only fair that large cities in China will be really, really large.

1.6 million metric tons, the largest ever ship in the world, Knock Nevis, is rated at 565.000 GWT, so you’d need three of those to counterweight the people of Shanghai. Too bad only one was ever made.

If you laid everyone who lives in Shanghai head to toe on the ground you’d annoy a lot of people, but the chain of people would be over 38,000km (26.600mi) long, or almost twice the length of the Great Wall of China.

If Shanghai was its own country, it would be the world’s 53rd most populous country, just ahead of Ivory Coast, and Australia, and just behind North Korea and Madagascar.

And if it was a US state (imagine the chain of events leading to that outcome!) Shanghai would be 3rd in population, in between Texas and Florida.

Shanghai has the worlds longest subway system as of writing, 644 km long, or 400 miles long, but how long is 644km?

It is almost exactly the distance by road from central London to Glasgow in Scotland or from Boston to Baltimore, also by road.

Or in other words, if the Shanghai city council decided to lay the track in a straight line going in a northwest direction, they would get to the city of Jining before running out.

They would also end up with probably the most pointless metro system in the world.

In addition, currently roughly 160km (100mi) of new subway lines are under construction, this is equivalent to the whole Hong Kong Metro system!

225km is the length of the worlds 14th longest subway system, in Mexico City.

Interestingly enough, the Shanghai metro doesn’t have the largest amount of stations, nor the highest annual number of users. Shanghai is, in fact, 2nd in the world for both of these.

Three point five billion! That’s the equivalent of half the planets population taking one ride each!

That’s 6070 people every minute passing through the turnstiles if the metro system ran 24/7 which it doesn’t, that’s 113 people per second!

What is a TEU you might wonder, no, it’s not an ancient Chinese measuring unit.

If you wanted to keep all of these 40 million shipping containers at once without stacking any on top of each other, you’d need an area the size of Chicago to do it.

Shanghai is served by two airports, Pudong and Hongqiao.

In 2017 Pudong was the 9th busiest airport in the world with 70 million passengers, i.e. the population of Thailand, passing through.

Hongqiao was the 45th busiest in the world, with 41 million passengers, which is equivalent to the population of Algeria.

In total that makes 111 million passengers, or 7 million more than the population of the Philippines!

There is no doubt that Shanghai is important for China’s economy. Out of the Chinese provinces, Shanghai’s economy is the 11th largest, but the population is only the 24th biggest.

If Shanghai was a country its $446,31 billion nominal GDP would be the world’s 27th largest economy. Just ahead of Iran, Austria, and Norway, and just behind Thailand, Belgium, and Poland.

Arguably the best-known mount… hill in Shanghai is Sheshan which stretches a majestic 100m (328ft) into the air, and that’s not even counting the basilica on top! But no, that’s not the highest point in Shanghai.

That honour belongs to the Gold Mountain 大金山 which lies on a small island south of Shanghai which towers 103m (338ft) in the air.

What this means, is that the highest actual point in Shanghai is man-made. There are over 1,200 high rise buildings in Shanghai, most of which are taller than the Gold Mountain.

The highest point for actually looking out on the city is the Shanghai Tower in Pudong which also hosts the worlds highest observation deck.

At 632m (2073ft) it is higher than the highest (non-man made) points in countries like Luxembourg, Denmark, and Singapore.

It is also worth noting that the trifecta of ultra-tall buildings in Pudong, consisting of Jinmao, Shanghai Financial Centre, and Shanghai Tower is unique in the world.

Nowhere else are three such tall buildings in such close proximity to each other.

I hope that with this short blog post I’ve helped people understand how ridiculously huge most numbers relating to Shanghai are (except for elevation of course).

Of course, there are way more numbers to look at, the amount of millionaires, value of the stock exchange, length of roads, amount of cars, you get the point, they’re all staggering.

However best way to truly understand the scale on which Shanghai operates on is to actually visit yourself.

The sheer amount of people on the subway, the endless rows of containers in the port, the view from the top of a skyscraper. I don’t think it’s wrong to describe it all as a life-changing experience.

If you wish to hear more from LTL Mandarin School why not join our mailing list. We give plenty of handy information on learning Chinese, useful apps to learn the language and everything going on at our LTL schools! Sign up below and become part of our ever growing community!

What about online Chinese classes? We’ve got the best teachers, all from the comfort of your own home! 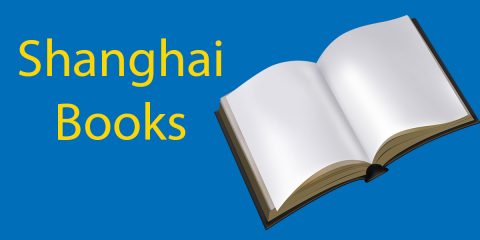 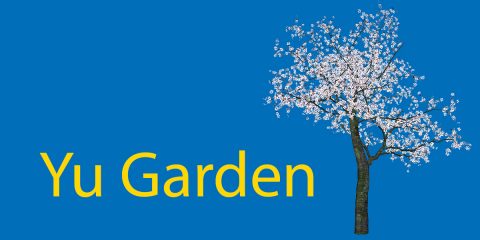 Next Post The Gardens of Shanghai 🌳 Yuyuan Garden 豫园