The Shanghai Underground has grown rapidly in a relatively short space of time, the GIF below will demonstrate this perfectly!

Right now there are a mammoth 414 stations that make up 16 lines, but of course this number is always growing!

Come and follow Cam as he teaches you how to find LTL Shanghai using the Shanghai Metro.

Here’s a breakdown of how to navigate Shanghai’s monstrous underground, from buying tickets to which line is most efficient.

A Quick Evolution of the Shanghai Metro

How do I buy a ticket?

How expensive are the tickets?

What time does the subway close?

How do I transfer between lines?

The Verdict: Which line is best?

A Quick Evolution of the Shanghai Metro

All things considered, the Shanghai subway system was and is one of the fastest growing systems in the world.

The rapid expansion leading up to 2010 was mainly because Shanghai hosted the World Expo 2010; in fact, ridership that year increased by 42.9%.

As of 2021, there are multiple lines planned.

Specifically, Lines 14, 15, and 18 are under construction, and expansion is happening for Line 10.

Altogether, this will amount to approximately 800 km (about 500 mi).

Additionally, by the end of 2025, the Shanghai government plans for all locations in city center to be within 600 m of a metro station.

Shanghai’s subway system leads the world in annual ridership, second only to Beijing.

How do I buy a ticket for the Shanghai Metro?

Basically, there are three ways to get a ticket for the Shanghai metro!

If you’re a tourist here only for a few days, a one-time swipe card is works well.

All you have to do is buy a ticket — you scan it when you enter the station, and you insert it into the turnstile when you exit.

They’re available at the self-service machines (coins, cash, and mobile payment) in all stations.

If you’re here for longer than a couple of days, I’d suggest you get yourself a metro card. It is available both as a physical card and electronic payment.

If you’d like a physical card, they’re available at the service center for 20 RMB each (some stations also sell them in the self-service machines).

The 20 RMB refundable if you no longer want it but gone if you lose it.

You can charge them at the service center (cash only) as well as the self-service machines (coins, cash, mobile payment, and bank card). Keep in mind, some machines are coin-only, cash-only, or mobile payment online.

However, if you’re like me and have lost your card three times now, electronic payment is a lifesaver. It’s available on Apple Pay and WeChat, and there’s also a separate app named Metro Daduhui (Metro 大都会) which uses Alipay.

For all, there’s a 20 RMB refundable fee to purchase a card.

How expensive are the tickets?

Tickets run from 3 to 15 RMB increasing by length (km), though a trip of that price might take you more than two hours.

As long as you have more than 0.1 RMB on your card, you’ll be able to take the subway.

If you download the Shanghai subway app (上海地铁通), it has the prices available.

What time does the subway close?

Closing times depend on the subway station and line.

Additionally, these times are available in each station, a quick Baidu search, and on the app.

How do I transfer between lines?

For 99 percent of the time, you simply go up the escalator and follow the signs to the line you need to transfer to.

Sometimes the subways going in opposite directions are different platforms, so keep an eye out for that.

Unfortunately for the other annoying one percent of the time, you have to exit the station and enter another.

This requires swiping your card and specifically, you have 30 minutes to transfer for it to be counted as one trip.

If you’re staying in Shanghai longer than a few days, the Shanghai Metro app (上海地铁通) is a must-have.

The app has a lot of functions.

For getting from Point A to Point B, the app tells you:

Furthermore, for individual stations, the app tells you:

This app, unfortunately, is entirely in Chinese. Even so, it’s fairly easy to understand as information is organized very logically.

Cons: Being the oldest metro line, the stations and trains can be run down and walks to other lines are longer than average.

The terminus stations fill up instantly with commuters heading to the city centre, so good luck ever getting a seat if you’re located near the end.

Pros: Has a good selection of metro stations, such as Zhongshan Park, Jing’an Temple, and People’s Square.

Cons: Full of tourists and some line transfers are longer than average.

Stations and trains are a bit older, though in better shape than Line 1.

Pros: Can choose to ride either line 3 or 4 in the center of the line and goes to the central Shanghai railway station.

Cons: Being aboveground, it requires more than the average amount of stair climbing. Trains are in somewhat worse shape than line 4 trains.

Pros: Can choose to ride either line 3 or 4 in the northern section of the line and goes to the main train station. Trains are in somewhat better shape than line 3 trains.

Pros: Really none unless you need to get to the far end of Minhang.

Cons: Overcrowded and shorter hours than other metro lines, only connecting to line 1. Does not go anywhere except the far end of Minhang.

New extension requires changing trains in the middle of the line.

Seriously, even though the rent is cheap, don’t live on line 5 if you can avoid it.

Shanghai Facts (for 2021) – Numbers That Blow Your Mind

Shanghai Facts and Figures (for 2021) – Incredible Numbers In 2011 I got talking with a professor at Shanghai’s Fudan University. One thing he told me that day has stuck with me since. He told me that 25% of all…

Cons: Trains seem to have a lower than average amount of seating room. Doesn’t go anywhere in the city center, so it does not have any particularly exciting stations. Still a bit better than line 5.

Pros: Has a few good stations such as Jing’an Temple and Changshu Rd. Also has a central route that allows for relatively convenient connection to other metro lines.

Very long line that extends from the north of Shanghai all the way down south and through to the east of the city via the maglev.

Cons: Goes to the Pudong airport maglev, but by a more roundabout way than line 2.

Cons: Does not go much of anywhere, seems to exist just to connect suburbs to the city center. Transfers to other metro lines are mostly not in central locations, leading to longer travel time overall.

Pros: Has a good choice of fun stops through the southern central part of Puxi such as Xujiahui, Dapuqiao, and Xiaonanmen. Connects both Songjiang and Pudong. The Pudong section of the line is relatively uncrowded.

Cons: The Songjiang section is full of commuters at all hours of the day and does not go to any transportation hubs.

Pros: Goes right through the middle of town, with a good stop selection and easy transfers, and stops at Hongqiao railway station.

Cons: Also stops at nearly every tourist trap in Shanghai.

Pros: Goes to Disneyland aNd through the western end of town, but not so far west that you’re out in the suburbs.

(I suppose this might be a con if you dislike children…)

Does not go to any transportation hubs.

Pros: Has a couple decent stops in the middle of town such as South Shaanxi Rd, West Nanjing Rd.

Seems a bit less crowded than the average metro line.

Cons: Does not go to any transportation hubs (unless you count the cruise terminal).

Includes the undeniably worst line transfer in Shanghai, West Nanjing Rd, in which you actually have to leave the station to get on the other lines.

Cons: Does not go to any transportation hubs and also has the terrible West Nanjing Road transfer.

I have a personal vendetta against line 14, because its future site went right past my first apartment in Shanghai, and the noise and traffic around it were awful. Such is the cost of progress!

Pros: The only line that has escalators directly connecting one line platform to the other. Is this new technology in Shanghai?

Or is there a conspiracy to improve overall physical fitness by forcing commuters to climb stairs?

Cons: Goes absolutely nowhere except the ocean, but it’s a solid contender for most depressing beach in the world!

At least you have a couple choices of lines to connect to once you are back in Shanghai proper?

Cons: Location-wise, it’s only slightly better than line 16, and only because of the train station (and maybe Zhujiajiao).

Again, not a desirable place to live.

Pros: Your only option if you are unfortunate enough to live on this line.

Cons: Does this even count as part of Shanghai anymore?

Speaking as someone whose work required taking the Shanghai metro 4 or more times a day, your apartment’s quality of line can undoubtedly have a significant impact on your quality of life.

Which metro line you live on evidently makes a huge difference in how long it takes to get around this enormous city.

Similarly, being on a convenient line can allow you to live farther from the city center without sacrificing your access to fun.

Before you choose an apartment, make sure you’ve considered which subway line it’s on!

We’ll keep this updated year on year but if you have any experiences or thoughts on the Shanghai metro, leave a comment and tell us what you think!

Also, check out our guides to the Beijing and Singapore metro!

But for now, we hope to see you in Shanghai soon…

We even offer online Chinese classes tailored exactly to you, check them out!

Holly has been living in China for 3 years and studying Chinese for 8. Her hobbies include tea, baking, and attempting to convince gullible children that she is an alien. 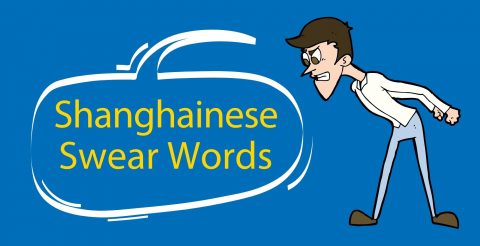 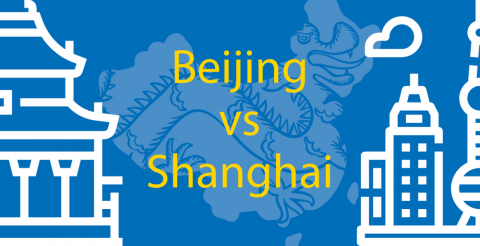