The Best Shanghainese Food in Shanghai

We are about to introduce you to the BEST Shanghainese Food of the lot! Ready…?

So, you’re either coming to Shanghai or just curious.

Chinese food is so diverse that it’d be difficult to say what the best dishes are (we did, though, here it is!).

Each region has its own specialties, and Shanghainese food is no different.

Here are our top 10 foods to try in Shanghai.

A quick note: The English translations of these dishes will be subpar at best. There is no great way to translate them. Bear with me here.

A soup! We love a good soup.

Like most southern Chinese dishes, 腌笃鲜 is light and fresh. It can serve as a main course, and lucky for you, it’s in season all year round.

腌笃鲜 is not actually from Shanghai — it’s from the nearby province of Anhui — but close enough!

Bran is the main ingredient of 烤麸, but it’s a lot less boring than it sounds.

This dish is an appetizer and a cold dish.

四喜烤麸 is what we call 本帮菜 (běnbāng cài) — local cuisine. It’s from Shanghai, and it’s also in season all year round.

Xiaolongbao is famous for a good reason!

As the name suggests, it’s a type of dumpling with soup inside.

The filling varies by region (different places have different specialities), and Shanghai’s xiaolongbao specializes in shrimp and meat.

It’s also known as 南翔小笼包 — 南翔 (Nánxiáng) was a city in Shanghai during the Ming Dynasty.

This dish is 本帮菜 (běnbāng cài, local cuisine), and is more popular for breakfast and lunch.

Essentially, this is xiaolongbao’s cousin.

Also a form of dumpling, also filled with soup, and also usually a breakfast food.

Generally, 生煎包’s filling will be pork. Dip in vinegar if you’d like.

Looks wise, shengjianbao differs from xiaolongbao as it has black sesame seeds and scallions sprinkled on top.

They are usually served in groups of four.

Minced pork, chili oil, and veggies for topping if you so happen to want it.

This dish differs a bit from local cuisine with its thicker oil and chili flavor.

Shanghainese people love it, however, so it stays on the menu!

The simplicity of this dish means that it would likely be served very fast, like a Chinese version of Western fast food!

Our first and only sweet dish! Rice wine and rice balls, made of glutinous rice flour, are the main ingredients.

This flour is called 糯米 (nuòmǐ) in Chinese, and there’s a vague stickiness to them.

酒酿圆子 is more of a snack or dessert and is a typical dish of China’s 江南 (Jiāngnán) region. 江南 translates literally into “south of river” or, more accurately, “south of the Yangtze River”.

This is a popular ingredient in Chinese cuisine, known for its distinctive sweet smell.

It’s in season September to October, and is occasionally used for traditional Chinese medicine purposes.

Additionally, the red objects on top are called 枸杞 (gǒuqǐ).

In English, they are known as goji or wolfberries.

Our first seasonal dish is 大闸蟹, a Shanghainese food specialty.

These crabs reside primarily along the coast and the Yangtze River.

It’s a complicated dish to eat (unsurprisingly, crabs have many parts), and it reflects the delicacy Shanghainese cuisine values, making it a signature Shanghainese dish.

大闸蟹 is a seasonal dish, and is best from October to November.

The “hairy” part of the Shanghai hairy crab is in reference to its claws. Parts can be seasoned with vinegar.

Shanghai Hairy Crabs – Trying a Local Delicacy with LTL Shanghai For two months each year, vendors and restaurants bring out a beloved local delicacy widely enjoyed in the country, particularly in Shanghai and Hong Kong. You may know it…

Trust me, the dish is less odd than the name sounds!

True to its roots, there’s a subtle sweetness from the rice cakes that is representative of Shanghainese food.

Caotou is a type of vegetable, and the quanzi (circular) the dish refers to is meat served on top of the veggies.

This is also 本帮菜 (běnbāng cài), and is salty and sweet.

Notice how the sauce of the intestines is a dark brown, reddish color?

There are twenty or thirty different ways of braising meat this way, but they all fall under 红烧肉 (hóngshāo ròu): “braised meat”.

The dish, however, is less smoked and more fried.

Snakeheads, by the way, involve neither snakes or the head of snakes.

It’s actually a species of fish native to parts of Asia and Africa!

The sauce is soy sauce based, and typical of Shanghainese food, it’s also sweet.

熏鱼 is a cold dish. It’s an important dish for Shanghainese families during Chinese New Year.

Check out our blog on 20 must-try foods for when you’re in Sichuan, home of China’s famous Szechuan pepper.

Fun fact: UNESCO declared Chengdu (Sichuan’s capital) to be a City of Gastronomy due the notability of its cuisine!

Have any questions or want any more recommendations? Feel free to leave us a comment below! 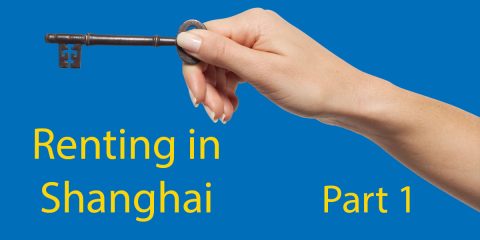 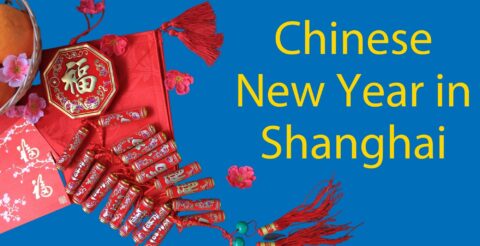