So, curse words. They’re some of the first words you learn when studying language because, let’s be honest, they’re fun! So today we introduce to you the best Shanghainese swear words you should know.

(I, for one, know exactly how to do two things in Cantonese: count to four, and recite a not-so-repeatable swear word).

It’s all about proper immersion after all!

A quick note: Shanghainese (上海话) as a dialect (or language because it is that different) has the four tones Mandarin (普通话) has, but there isn’t a particularly standardized way of writing Shanghainese.

There are tones, but they’re a lot looser than tones in Mandarin.

The characters we have here are the phonetic pronunciations of how to say these Shanghainese swear words.

As its pronunciation is not the same as its written form, included in some is the “correct” way to write them.

PSST – want to master Mandarin swear words first? No problem, check out this quick video and learn the Chinese swear words in a matter of minutes!

A fairly common Shanghainese Swear Word. This means “sh*t”, “crap”, or “oh my god” — something along those lines.

Although, its English translation is a lot more aggressive than its Chinese counterpart.

It’s similar to “你脑子进水了” (nǐ nǎozi jìn shuǐle) in Mandarin (that translates into “there’s water in your head”), though the Mandarin equivalent is harsher.

“戆浮尸” has the same meaning as Shanghainese phrases “腾戆” and “浮尸”, which mean the same thing.

Though this phrase is vulgar enough, you wouldn’t hear it too often as it’s mostly used by older people.

(“戆浮尸” might be an exemplar of Shanghainese swear words when you take into consideration that the Huangpu River, amongst others, flows through Shanghai. It also flows into the Yangtze River, the world’s third longest river. Make of that what you will.)

This means “what do you want?”.

It’s an aggressive phrase, so maybe don’t say it unless you mean it.

The first character would be pronounced “弄” (nong) but written as “侬”.

Also not a friendly phrase, though are any of these?

It’s a pretty bad thing to call someone in Shanghainese.

I’m sure you can guess its translation pf that one!

You’d say “瘪三” in regard to someone if you thought they weren’t a good person, or if you despised them.

It’s often condescendingly said, as it insinuates that the 瘪三 is of lower class.

“瘪三” is rooted in the English phrase “beg you sir”, and its phonetic pronunciation reflects this.

Follow Carl’s Learn Shanghainese story – ” I thought learning Shanghainese is going to be insanely hard, but why not, maybe it’ll help me with my Chinese.”

This C-word is probably the harshest cuss word in the English language, and in this context, its harshness is reflected in Chinese as well. Sometimes it’s not always the case.

shǎbī is super common in spoke Mandarin and doesn’t hold the same force as the C-Word in English!

It’s a vulgar and aggressive way to describe someone.

Not a very nice phrase for sure!

It’s the Shanghainese equivalent of “傻逼” (shǎbī) in Mandarin, which is an especially rude way of calling someone an absolute idiot.

It’s more along the lines of “stupid c*nt”.

When saying this phrase in Shanghainese, the second character would be pronounced “驴” (lü), but it would be written as “卵”.

This phrase follows a common thread; “弄只戆逼” means “you are a stupid c*nt”.

Again, C-Word related – seems the Shanghainese use this word a lot!

The phrase sounds like “弄再讲边”, which means “say it again”. Be super careful of your pronunciation and tones!

“缺西” is bad; it basically means “脑子不清楚”, “脑子有问题”, or “脑子短路了” in Mandarin, which are all creative ways of saying something’s wrong with your head.

However, if you were to write this, it would be “屈死”.

What Is Asian Glow?

Our Complete Guide to Asian Glow Thanks to our student Hannah Li for this wonderful insight into what is Asian Glow. “It was a Friday or Saturday evening; I was at home with some friends over. I can’t remember why…

This pretty much means “dumb” or “stupid”, and it’s similar to “笨蛋” (bèndàn) in Mandarin.

“戆度” can be a swear word; that said, it’s soft for a cuss word, and can be used in a friendly manner.

Someone might call their sibling (maybe not in front of their parents, though) or significant other this to poke fun.

This phrase would be pronounced “戆度” but would be written “戆大”.

It’s similar to “竟然” (jìngrán) in Mandarin, which means “unexpectedly”, or “to my surprise”.

“伊戆” is not really a curse per-say.

“伊戆” is slang, and it’s really soft compared to some of the other entries anyway.

It’s less of a swear and more of a way to express discontent, annoyance, or how weirded out you are by something or someone.

There we have it. 10 super cutting swear words and two bonus entries that don’t hold so much hate!

The character itself means dumb (笨, bèn, Mandarin) and is not inherently bad.

Attached to any of these phrases, however, it becomes a swear of varying offence.

I hope you enjoyed our journey through different Shanghainese Swear Words!

If Shanghainese interests you take a look at Richard’s experience learning Shanghainese below, or why not take it on yourself and start you Shanghainese journey online, or in person at LTL Shanghai.

We also offer online Chinese and Shanghainese classes tailored exactly to you, check them out! 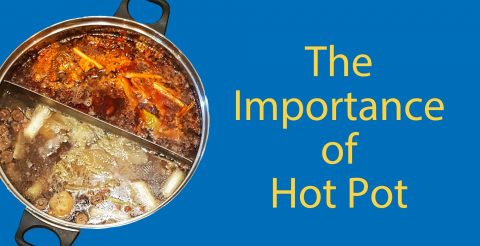 The Importance of Hot Pot 🍲 A Simple Guide 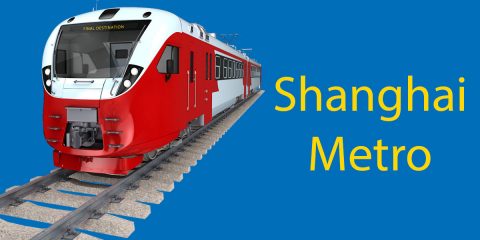